Looking for a vegetarian barley soup recipe, aka vegetarische Gerstensuppe, that's quick work in the kitchen This slow cooker soup recipe can be thrown together in the morning. Come home at night to dinner ready to go.

It's also a vegan soup that has it all. Flavor! Deliciousness! Ease of prep! 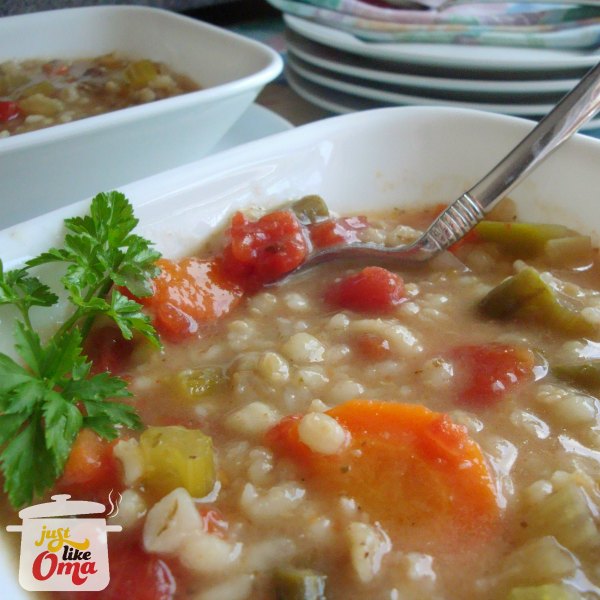 AND, it's so easy to add and substitute the various ingredients with what's in your fridge right now. Vegetarian Barley Soup. Wunderbar!

Having a slow cooker soup recipe as a fall-back is so wonderful because there's so little time spend in the kitchen to make them. I love them especially on a busy day. Coming home with the house smelling so divine and being able to eat right away, well, that's marvellos!

Even faster ... prepare everything (except the water) into the cooker the night before. Put in the fridge. In the morning add the water and turn on. How easy is that!

You'll still love this soup. I know, because neither my hubby or I are vegetarian or vegan. But, some of our family and friends are.

That's why this soup is so great if you're having company and don't know (or don't want to ask) if someone's vegan or vegetarian.

You can always have some sausage on the side for those confirmed meat-eaters!

How German is this soup? Not really sure. It's my version of what I normally have made ... so it fits our German taste buds!

Ready for this barley soup?

Looking for a vegetarian barley soup recipe, aka vegetarische Gerstensuppe, that's quick work in the kitchen This slow cooker soup recipe can be thrown together in the morning. Come home at night to dinner ready to go.

It's also a vegan soup that has it all. Flavor! Deliciousness! Ease of prep! 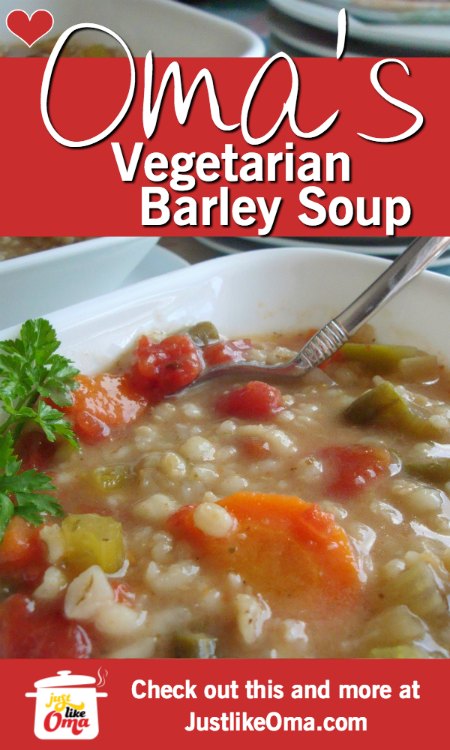 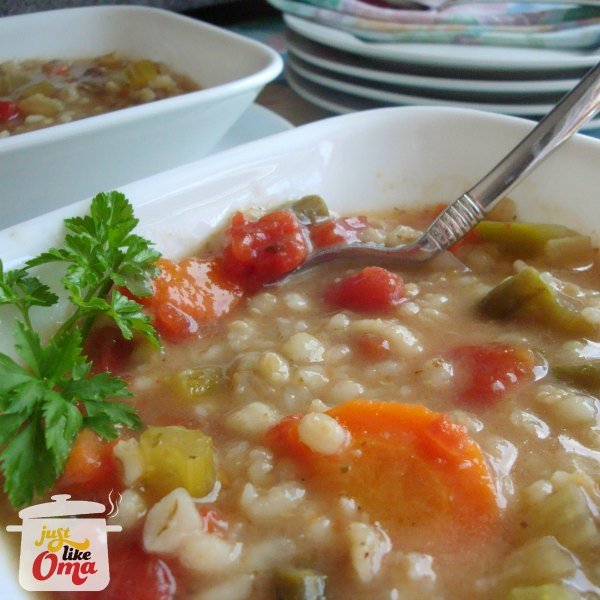 This vegetarian barley soup recipe fits the description of a vegan soup. Using a slow cooker to make this speeds up the time I actually spend in the kitchen.

"True humility and fear of the Lord lead to riches, honor, and long life."