Thüringer Klösse are THE traditional potato dumpling made from grated raw potatoes, just like the ones I grew up with. These were the ones we had almost every Sunday.

Their preparation was actually a family affair. My sister and I would peel the potatoes and help Mutti grate them. Papa would squeeze them out. And then, Mutti would make the dumplings.

In Thuringia, a state in the center of Germany, it is said that, "a Sunday without dumplings is no Sunday at all."

What German food would Mutti serve with these traditional dumplings? Almost anything with gravy. Of course, special were Rouladen. With that, was sweet/sour red cabbage as a side dish.

Roast pork was another favorite. With that, Mutti often served Weisskohl . Above, I'm serving them with breaded pork chops and kale.

Another specialty Mutti had was Sauerbraten. Now that was a treat with these dumplings. This was a meal that Mutti would plan days in advance. The meat was always tender and the delicious gravy was so-o-o good with these potato dumplings.

My memories of making these ...

I remember spending hours with my Mom making her Thuringer klosse. My job? Peeling pounds and pounds of potatoes!

This, however, is not a pleasant memory.

Papa had built a potato storage bin in the basement under the stairs. (As a child, the basement was my least favorite spot in the house!) Since the potatoes were already down there, and peeling can be a messy job, the laundry tubs in the basement were the place to do this.

Pounds and pounds of potatoes.

Or so it seemed. It was probably only about 10 pounds at a time, but for me, it seemed endless. Then grating them (OUCH - the fingers!). Then Papa, the strong one, was responsible for squeezing the grated potatoes to remove as much liquid as possible.

Then came mixing them with the other ingredients. Finally, they were ready to be cooked. A long process indeed! BUT I LOVED TO EAT THEM!!

Why are the two recipes below so different?

… because there is no ONE recipe for any dish, unless of course it's been copyrighted by someone. Traditional means 'handed-down' and my Mutti's recipe was handed down in her family … and others have the 'same' recipe handed down in their family … called the same thing, but a totally different recipe.

So, if you're trying to replicate something you've eaten, ask that person for their recipe. If that's not possible, you may need to try various recipes, called the same thing, to get what you remember. On my site, you'll find things that are traditional for me, handed down by my Mutti and Oma. :)

Thüringer Klöße are authentic German potato dumplings made from grated raw potatoes. Traditionally served with Rouladen and its gravy.

In Thuringia, a state in the center of Germany, it is said that, "a Sunday without dumplings is no Sunday at all."

Another recipe for Thüringer Klösse:

One of my Facebook Fans sent in his recipe for Thuringian dumplings. Here's what Thomas Loeffler wrote:

The ingredients (and instructions) are as follows:

When dumplings are floating, they are removed from hot water, drained, and served immediately with meat, gravy, and cabbage. The dumpling should be torn apart with knife and fork prior to being drenched with gravy.

I made dumplings a few times, and not every time they are a success. They easily fall apart if the mixture of potatoes and milk isn't right.

Thanks, Thomas, for sending in your recipe! 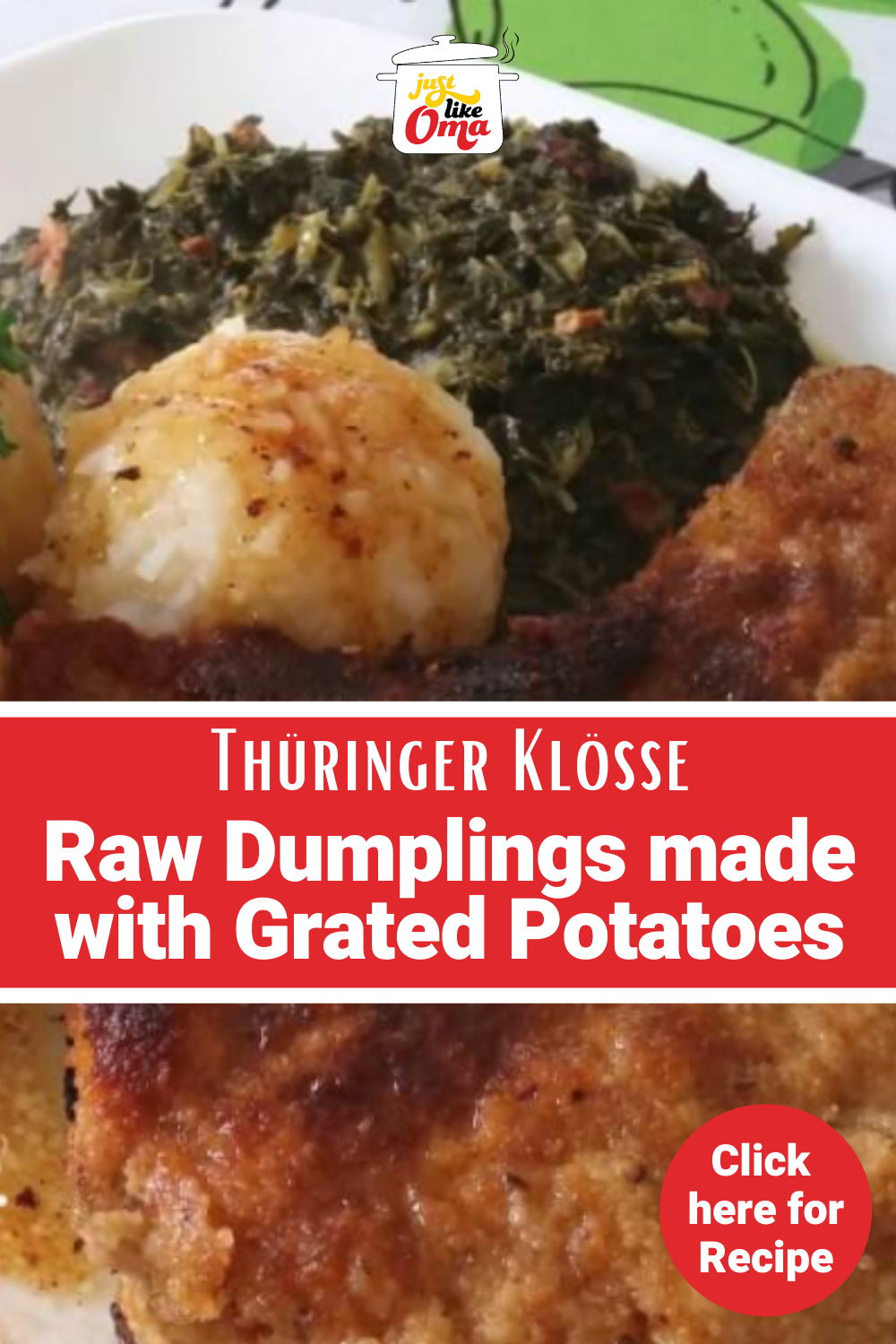 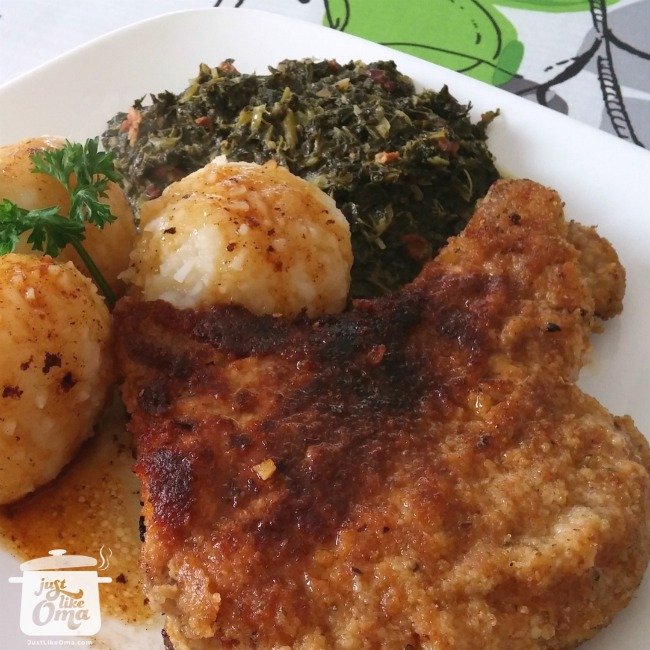 Thüringer Klösse are THE traditional potato dumpling made from grated raw potatoes. These were my favorites that I grew up with.

"Those who oppress the poor insult their Maker, but helping the poor honors Him."