These recipes for dumplings, aka Klösse und Knödel, have been sent in by our readers. Each is different, even in just small ways.

But each is part of the great traditional German foods eaten around the world. Try these German side dishes when your craving something special.

Below are shown the ones I grew up with. They are just like my Mutti used to make them. If you'd like to try these, then click here! 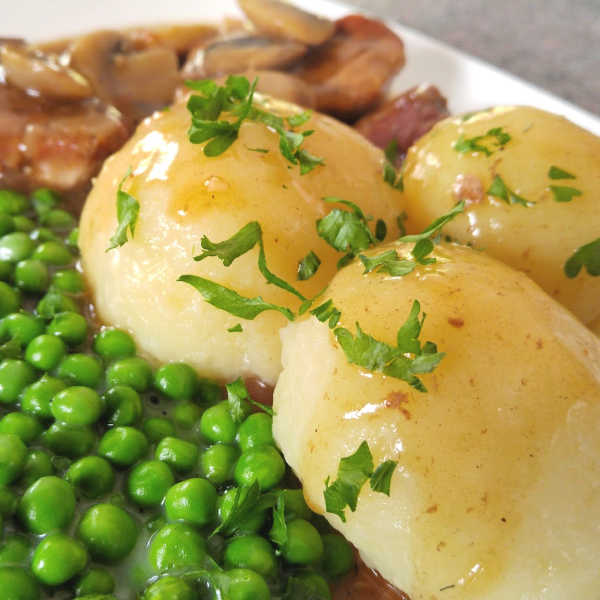 Below are two of our readers' recipes. You'll find more at the bottom of the page!

Do you have any dumpling recipes? Or, you can just share your dumpling memories!

Got an easy DUMPLING recipe?

Click below to see recipes from other visitors to this page...

Terry’s Cooked Potato Dumplings
My mother always made the Thuringer dumplings with raw potatoes. But it was soo much work and as well they are very heavy in your stomach. I started …

Blood Dumplings
Here is how my dad and I made "Crub" as we called it. 1 quart of pork blood poured into a large mixing bowl and add three quarts of water. Now …

Instant Mashed Potato Dumplings
My mother grew up in Berlin during the war and the blockade as well. Potatoes were not readily available, but they did get instant mashed potatoes and … 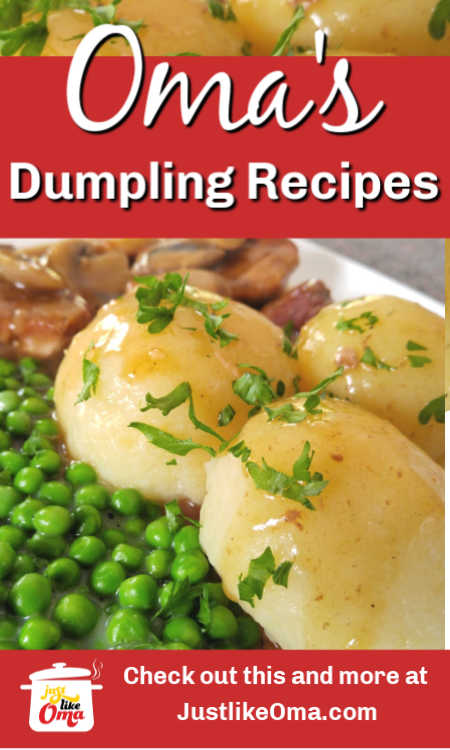 "Fear of the Lord is a life-giving fountain; it offers escape from the snares of death."

Top of Recipes for Dumplings