These German pork chops, aka Schweinekotelett, seasoned with mustard are a traditional recipe from the area around Düsseldorf, which is the capital city of the state of North Rhine-Westphalia. This method uses mustard and flour as the coating, giving a crispy and tasty crust to this traditional German dish.

The dish is finished off with a mustard sauce that is made by de-glazing the pan with mustard, cream, and wine. Now, doesn't that just sound delicious!

Although the most common pork dish in Germany is the schnitzel, which is really just thinly sliced boneless pork, pork chops are often served as an alternative. Why?

Here, at least, (in Canada & USA) pork chops are much more economical than schnitzel. So, this may just become your best pork chop recipe, and a really nice change from the standard way of cooking pork chops!

This variation is from Düsseldorf, which is the capital city of the German state of North Rhine-Westphalia.

But first, you'll really need to try these. You really will love the sauce! Mouth-watering!

Ready to make these Schweinekotelett?

These German pork chops, aka Schweinekotelett, seasoned with mustard are a traditional recipe from the area around Düsseldorf, which is the capital city of the state of North Rhine-Westphalia.

This method uses mustard and flour as the coating, giving a crispy and tasty crust to this traditional German dish. 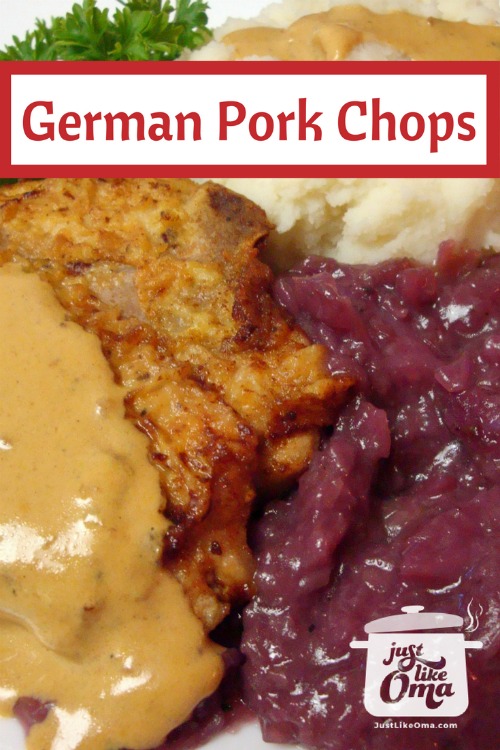 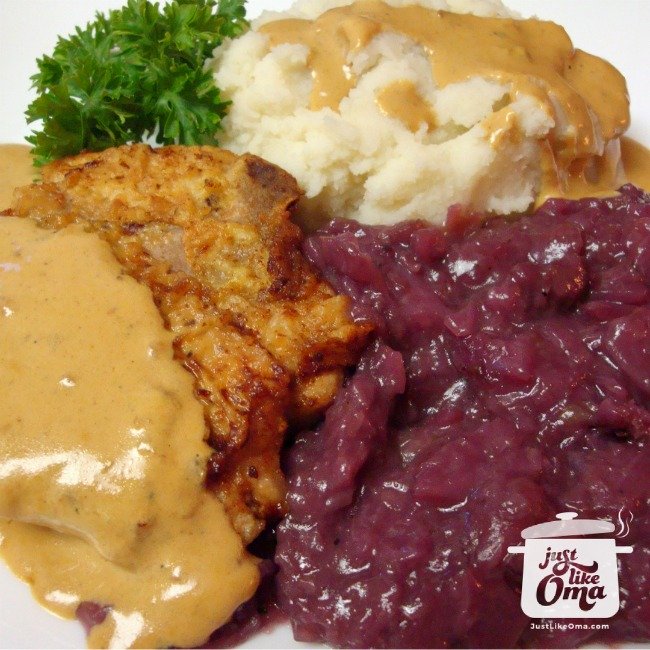 These German pork chops, seasoned with mustard, are a traditional recipe that teaches how to cook pork chops.

"If you repay good with evil, evil will never leave your house."