Homemade Potato Soup, aka Kartoffelsuppe! Not much else says "German comfort food" like this! This particular potato soup is a combination of my Chunky Potato Soup and a creamy version.

It's full of flavor and full of so many optional additions. Keep it simple or dress it up! It's creamy and chunky - all in one.

If you like it brothy and chunky, just be careful not to overcook the potatoes or stir too much. It you want it creamy with small pieces of veggies, cook till potatoes are well done. 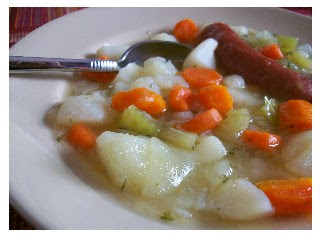 I know you'll love this version of the traditional German potato soup. I'm sure it'll be among your favorite easy soup recipes.

Want to make this extra special? It's what my Mutti used to do because she knew that we loved it like this:

Brown some onion rings in butter and garnish the soup with these just before serving.

Ready to make this potato soup?

Homemade Potato Soup, aka Kartoffelsuppe! Not much else says "German comfort food" like this! This particular potato soup is a combination of my Chunky Potato Soup and a creamy version.

It's full of flavor and full of so many optional additions. Keep it simple or dress it up! It's creamy and chunky - all in one. 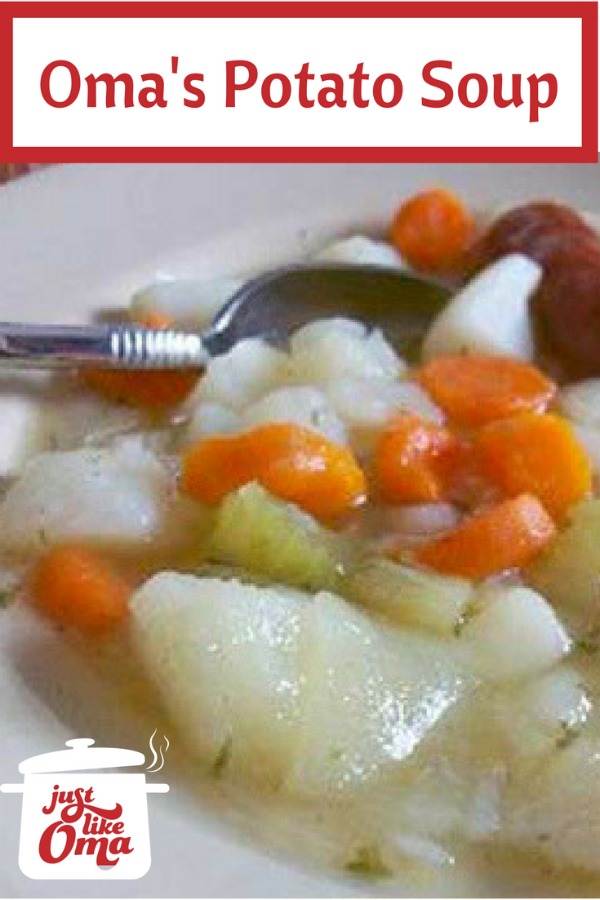 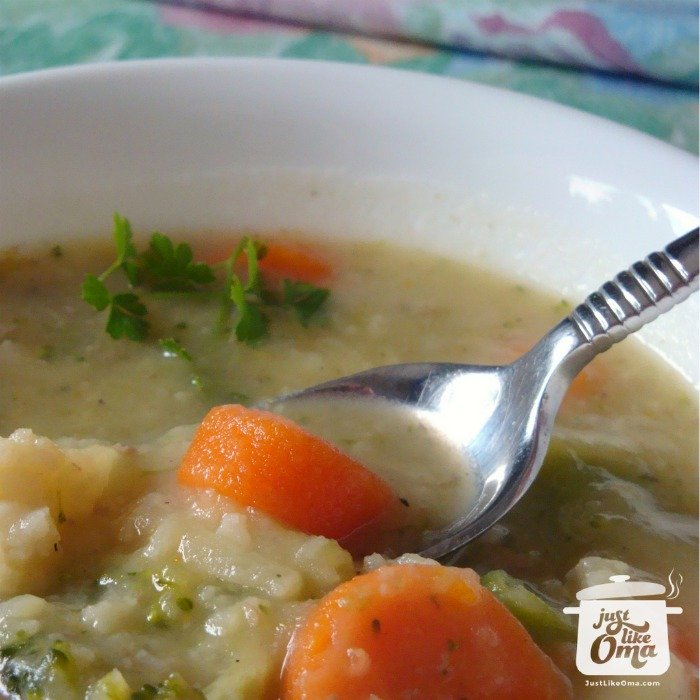 Homemade Potato Soup is one of those comfort foods, easy to make, healthy, and a German traditional recipe. For a quick meal, this traditional soup is a great choice.