The German Father's Day, aka Vatertag, observance is so different from the Canadian and American celebration which is celebrated on the 3rd Sunday of June. 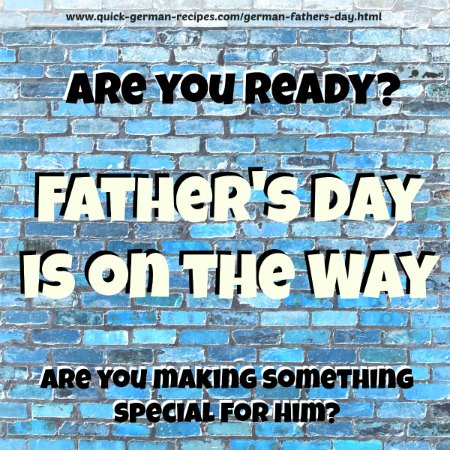 Later, it did become a day to honor Dad, but soon became a day when men had a 'drinking day' where they toured the bars and pubs getting drunk. (Not a pretty picture!)

In some places it still is a day where men gather, either in parks or outings, and beer is consumed in large quantities. After having talked with some friends in Germany, it seems their recollections of Vatertag were not good. They recall a lot of drinking and drunkenness.

Now-a-day, in some areas, it is celebrated as a family recognition of Dad. Since Ascension Day is a public holiday in Germany, this provides a day to enjoy a short day-trip.

Raised in Canada after immigrating from Germany, we would celebrate Father's Day the Canadian way. Mutti  would make the foods my Papa loved the most. What was that? Rouladen and potato dumplings, of course! 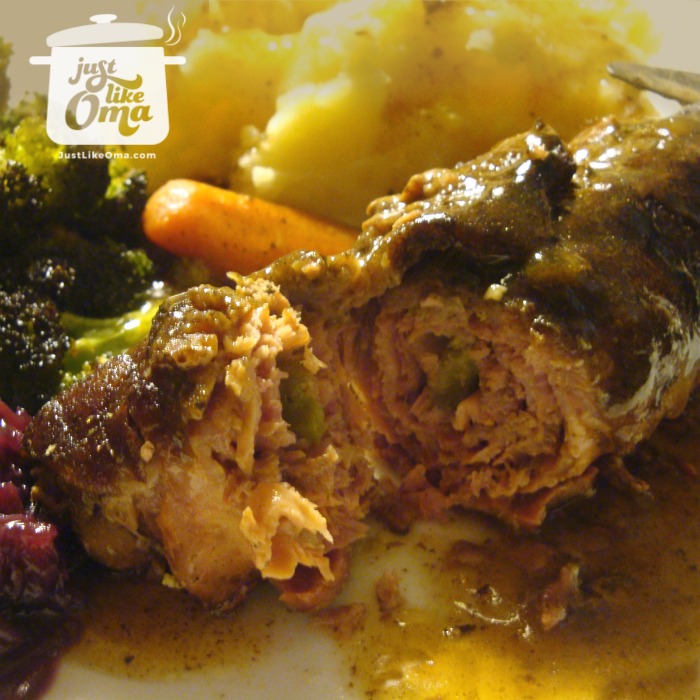 Mutti would bake Papa's favorite torte for dessert - usually a Blitz Torte. I'm sure she liked that fact that this easy cake was his favourite.

We would make cards and give little gifts. It was always difficult to think of something Papa would like. For us, though, it was actually a double celebration. Papa's birthday was June 19 and often on the same day -- a real Father's Day for him!

So why not celebrate Dad on his special day. We'd do it on the Canadian Father's Day, the third Sunday in June. So, either in May or June, make this a day to recognize Dad for the great guy he is!

Make every day a LOVE-filled day!

"Dear friends, let us continue to tome one another, for love comes from God. Anyone who loves is a child of God and knows God. But anyone who does not love does not know God, for God is love." 1 John 4:7-8 (NLT)