"When it's a hamburger made in Hamburg!"

The history of the hamburger (that common meat patty between two halves of a bun) is so difficult to establish. Just googling it will show you how contentious the argument is.

Does this popular American food really comes from Germany or not? The recorded history of goes back to Genghis Khan in the 12 century. Traditionalist will say that the original meat patty was first introduced at the end of the 19th century by a snack seller in Ohio who ran out of sausages to put in the bun.

It really doesn't matter to the Hamburgers (people from Hamburg), because their main cuisine is seafood. After all, the city is situated on Elbe River, which runs into the North Sea. It's is connected to the Baltic Sea by canal, has a lake in its center, and has more canals than Venice with over 2,000 bridges.

As well, it is an international harbor which has brought spices and foreign foods to this part of Germany for hundreds of years. This has greatly influenced the traditional foods available. 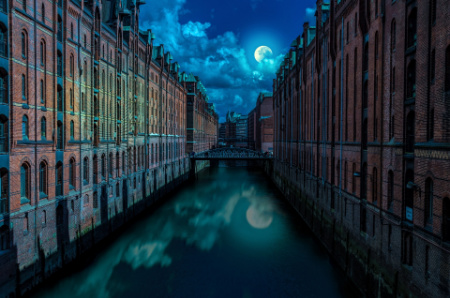 The 'Gateway to Germany'

In the beautiful Port of Hamburg, you'll come across the Hamburger Hafen, an outstretched tidal harbor, reaching 100 square kilometers! This harbor is known as the 'Gateway to Germany'.

Why you ask? For many fisherman, tradesmen, or visitors, this harbor was your ticket in! For several years during the 16th century, it was one of the only ports allowed to do sea-borne trade. It has been the main port for trading goods for centuries in Central Europe. Hamburg was the best place around to trade your goods and quickly exceeded all other ports with its convenience, and beauty of course.

This gorgeous harbor to this day is a bit more relaxed, and is now Hamburg's most visited tourist attraction! The popular place to visit on the harbor is the magnificent Speicherstadt.

Only the world's largest warehouse district! Now declared a UNESCO World Heritage Site. This remarkable district is a long line of tall brick buildings that during the trading days, would be stored piled high with goods such as coffee beans, teas, fruits, and tobacco.

A lovely trail has been built along the entire harbor so that tourists from all over the world can come and see this historic and culturally significant place. Don't forget to take pictures in front of the Water castle! (shown below) 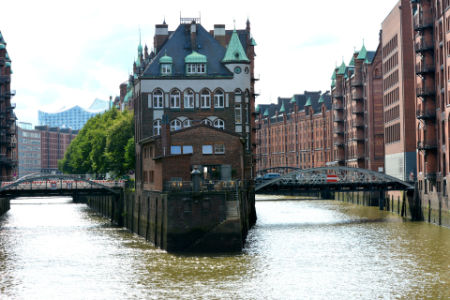 This one is the most popular of many churches in Hamburg, mostly due to its extravagance and the beautiful Baroque style it was built in.

It is a breathtaking place to visit, not only for its artwork, architecture, and bold bronze statues but for the tower as well! That's right, the main attraction here is the 132-meter-high tower that you can climb up. Well, taking the elevator or stairs might be a bit easier than climbing ;)

From the top of the tower, there is a viewing point where you can take some stunning photos of the ports and the region. Imagine watching the sunset at the top of a tower in the most famous church in all of Hamburg! Now that's a big one to cross off of my bucket list one day for sure! 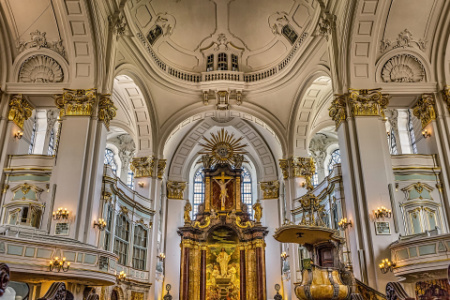 My Very Favorite Recipe from Hamburg 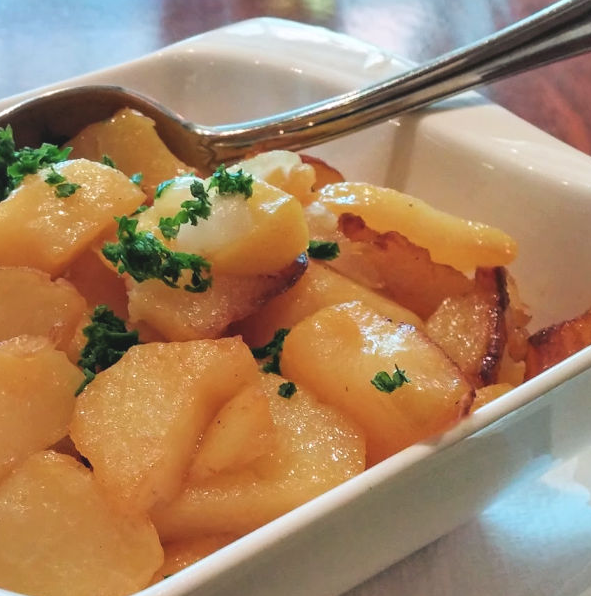 This is the recipe I grew up with. My Mutti made this frequently for lunch and I carry on that tradition. I usually use leftover potatoes, but starting with raw ones works as well! You'll find the recipe for this dish as well as several variations right here. 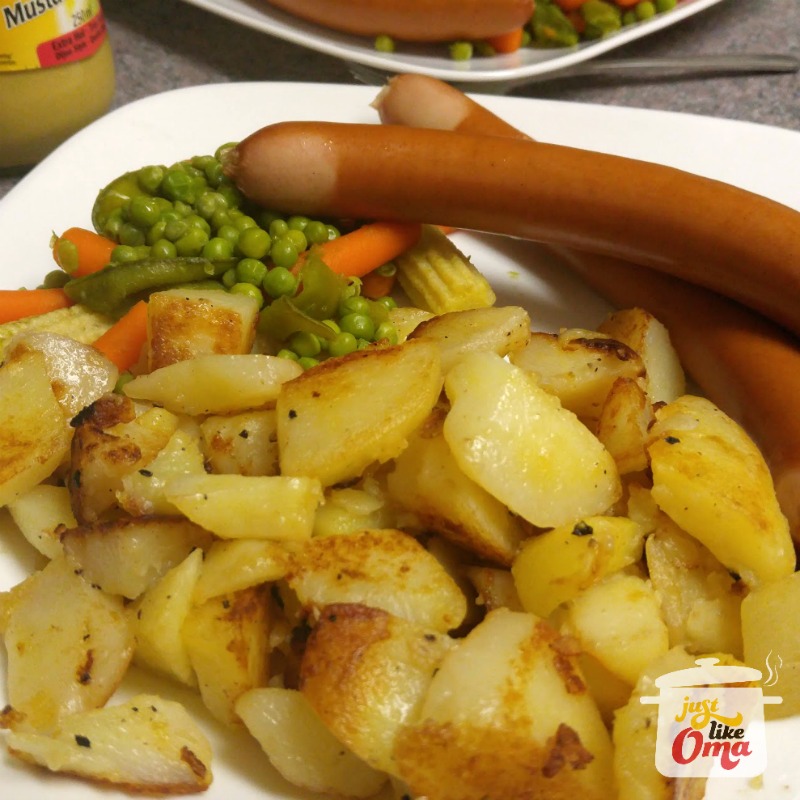 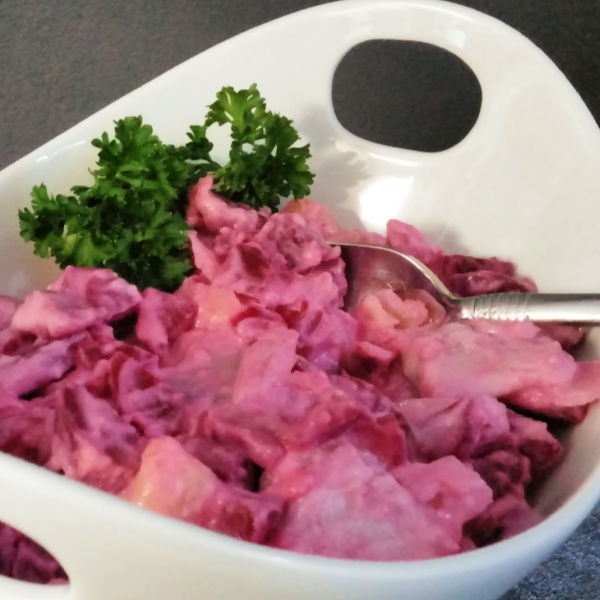 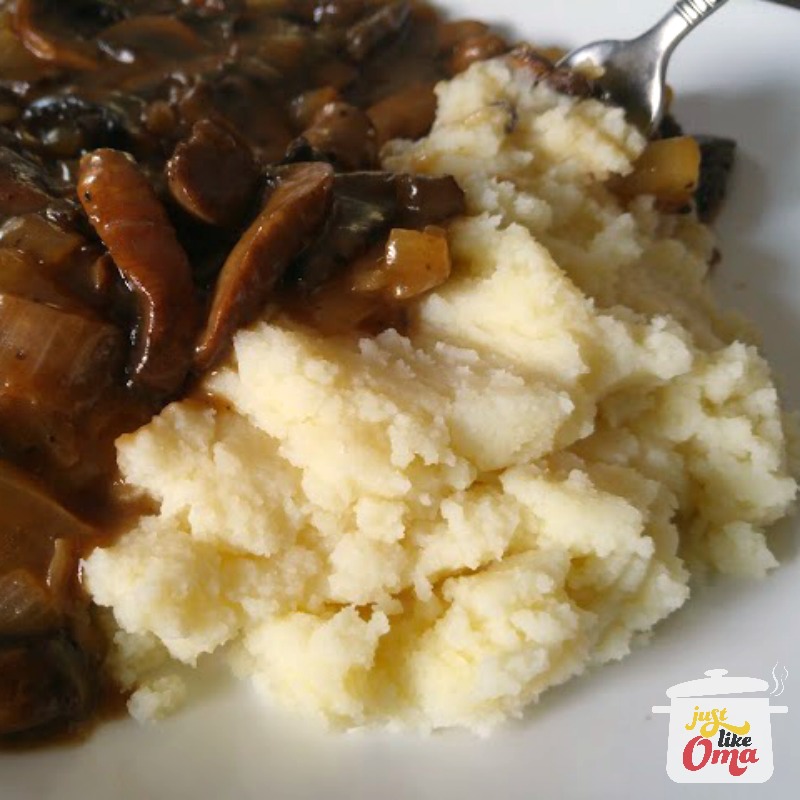 "Every word of God proves true. He is a shield to all who come to Him for protection." 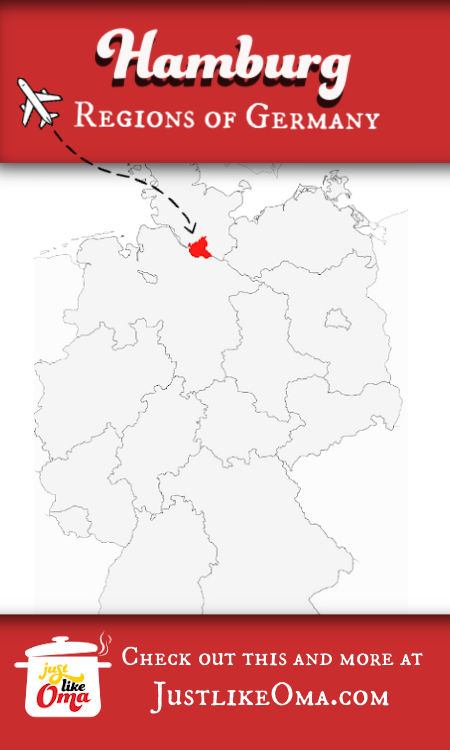