Better fine and fat and wobbly, than thin and bony and all knobbly!

This proverb from the Rhineland-Palatinate region refers to its pigs.

And the pig is the star of the region's national dish, Saumagen" or, literally, "stuffed pig stomach". The well-cleaned pig's stomach is stuffed with a mixture of potatoes, lean pork, sausage meat, garlic, and onions. It is then seasoned with marjoram, nutmeg, salt, and pepper. Boiled, sliced, and fried, the slices are served with mashed potatoes and the ever popular sauerkraut.

Rhineland-Palatinate (Rhineland-Pfalz) is located in the southwestern part of Germany, bordering on Hessen, Saarland, BadenWürttemberg, and North Rhine Westphalia. The main rivers that transverse this state are the Rhine and the Mosel. Where they meet, lies one of the oldest German cities, Koblenz, in what is called the Deutsches Eck (German corner).

Rhineland-Palatinate is a land of castles and fortresses reminiscent of its 2,000-year history of various occupying forces. These each left an imprint on the culture of this state. For example, Germany's oldest town, Trier (originally Augusta Treverorum), dating back to 15 B.C., with its old Roman structures, is located here on the Mosel River. AND it was the Romans who brought wine-growing to this area.

Another old town is Mainz, the capital of Rhineland-Palatinate. Mainz is famous for its Meenzer Fassenacht carnival ("Karneval" or Fasching) that starts 52 days before Easter and lasts for one week, with the 7-km long parade taking place on Rosenmontag, the Monday before Ash Wednesday.

Visiting this area? The must-sees are Cochem Castle, a 1000-yearold castle on the Mosel and the Eltz Castle near Wierschem, especially for those interested in knights and medieval times. A cruise down the Rhine is also a must - there are castles at every bend in the river!

My Favorite Recipe from Rhineland-Palatinate 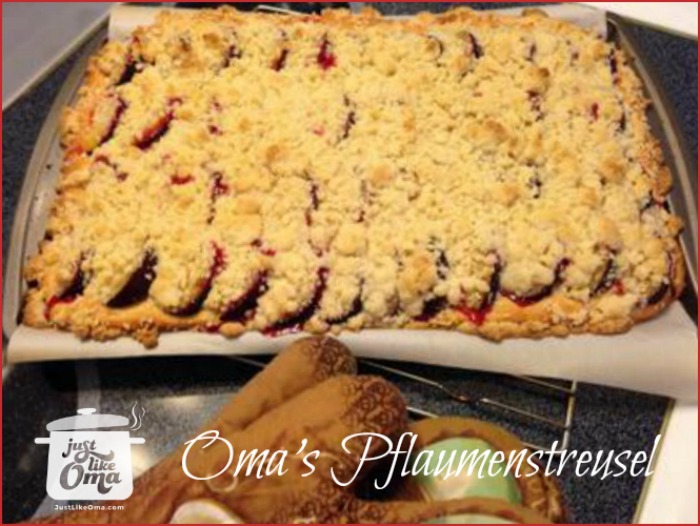 This delectable sheet-pan Plum Streusel Cake was sent in by Isabelle Tonti and is so reminiscent of the wonderful plum cakes from this area. Do check it out here and be transported back to your Oma's kitchen!

A Few Recipes from Rhineland-Palatinate ... 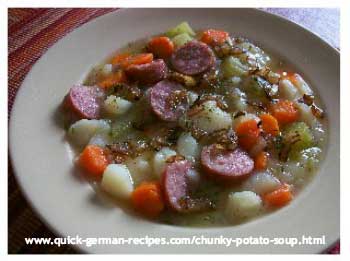 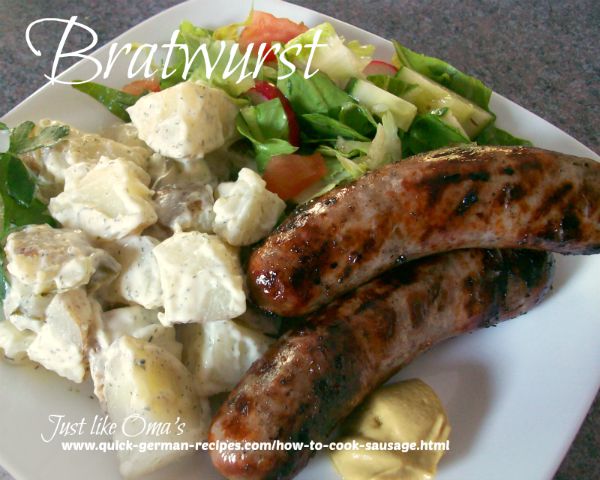 How to cook pork sausages