This German cucumber salad recipe, aka Gurkensalat, is one of our favorite summer salads. It's the one that's most popular in Northern Germany. In fact, it's one that I just can't alter.

I've tried, BUT, nothing beats this delicious recipe that I grew up with.

This is the first time my granddaughter made the German cucumber salad recipe. It turned out wunderbar!

It seems that whenever I make it, I never make enough. Somehow, it always disappears quickly. My plan is always to make more the next time, after all, it's a quick German recipe ... so easy to make.

Tips and Tricks for Cucumber Salad :) 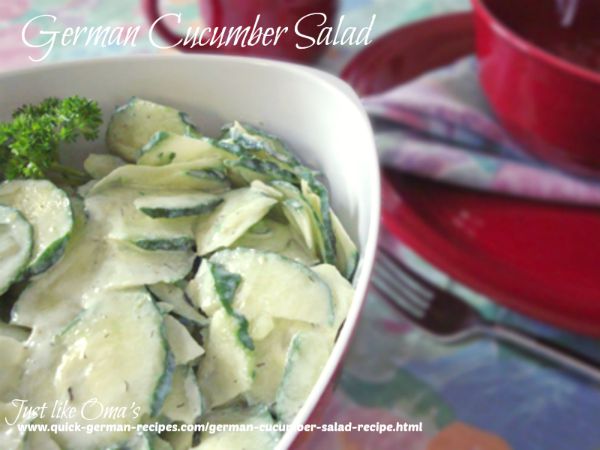 Want a cucumber salad without the creamy dressing? 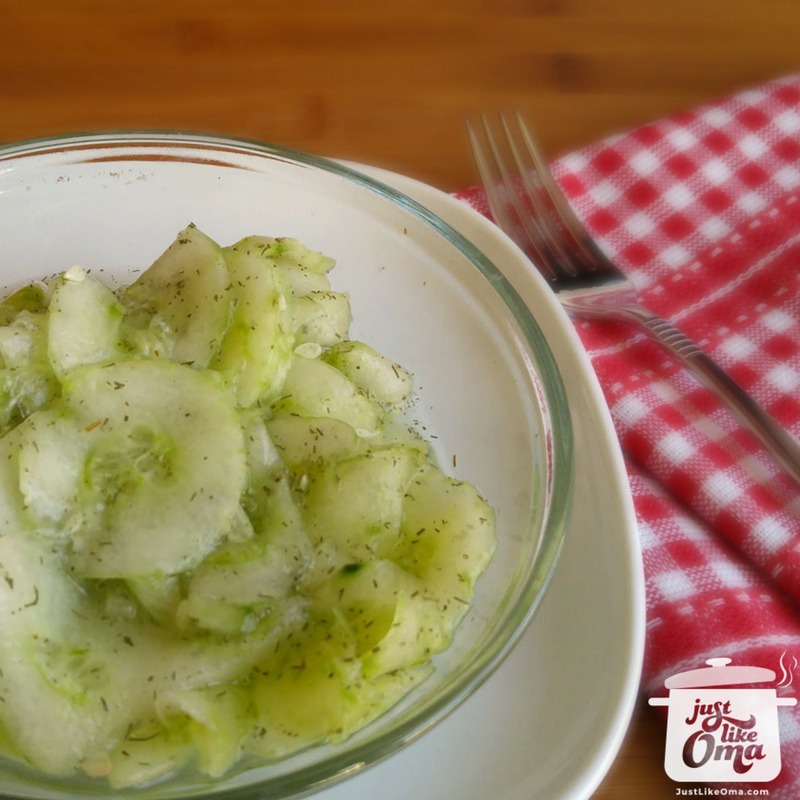 Above is my cucumber salad with a simple vinegar dressing that makes a very refreshing side dish that's perfect for buffets and picnics. It's also a perfect accompaniment to most meals. Here's the recipe.

I have so many wunderbar memories in the kitchen with my Oma, and have had MANY of her most popular and traditional recipes, like this homemade cucumber salad!

Oma and I have made this staple side salad for many family gatherings and it has certainly become a favorite. It adds a bright and summery feel to any meal!

Making this easy recipe is quite the yummy treat for me considering pickles are my FAVORITE snack of all; the dill flavoring is spectacular. For all you dill lovers looking for a light summer snack, this is the one!

I remember learning to make this salad a few different ways. The Northern and the Southern way! The dill makes for such a nice punch of flavor.

When making this creamy cucumber salad recipe, you can use low-fat sour cream or yogurt instead of regular sour cream. Personally, I love to use Greek yogurt.

Fresh dill is awesome, but frozen or dried are good too. Not only is the resulting salad so tasty, but any remaining dressing is devoured as well.

This refreshing summer salad is made with simple ingredients and is the perfect side dish. It's a great way to use up fresh cucumbers from the garden.

Below is Karen's recipe (from Lethbridge, AB Canada) that she sent into our 2012 Quick Christmas Recipe Contest. It's a great traditional cucumber salad from her Oma. 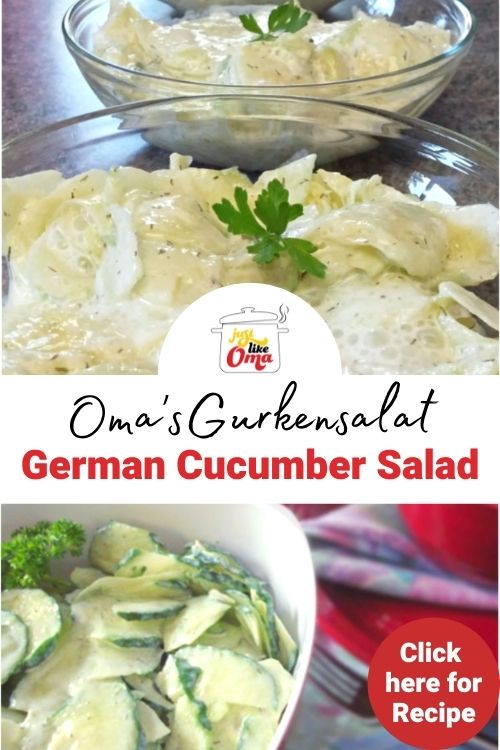 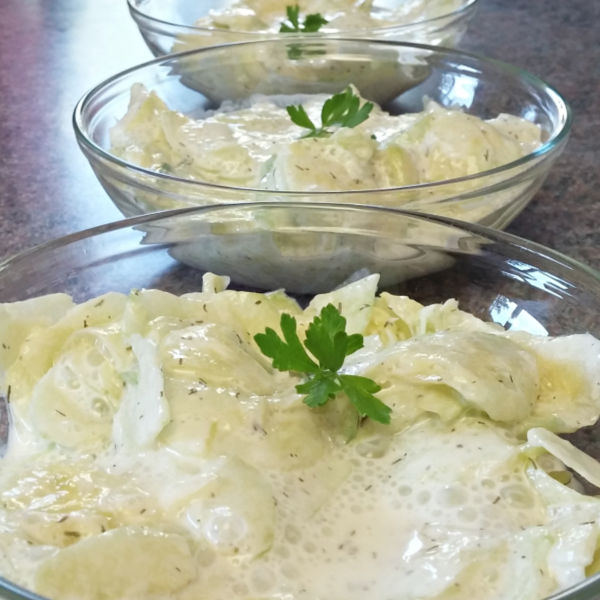 Traditional German Cucumber Salad recipe that brings back memories of Mutti's cooking. Creamy, tart, sweet, yummy! Just like it's made in northern Germany! OH. SO. GOOD.