My easy flaky dessert recipe is similar to the German Blätterteig or a French Puff Pastry. But, it's so much simpler to make. AND, it tastes so-o-o good!

PLEASE: Read Oma's Disclaimer below! I'm almost embarrassed to share this as something I would make ... but, it's SO good, and everyone always asks for the recipe.

I'll tell you ... when you try this easy flaky dessert recipe, you'll be absolutely amazed. Its origins are unknown. What is known is ... that it's really good! And, it's so easy to make together with young children.

Among the many Cool Whip recipes, this one has a secret. The secret is "time". Yes, time. You see, it takes a bit of time to transform the soda crackers into the flaky pastry ... the "Blätterteig".

It's the 'soda cracker dessert', below, that my older sister, Helen, also likes to make and take to church functions. How can anything this simple taste so good? Here, she topped it with bananas and berries. 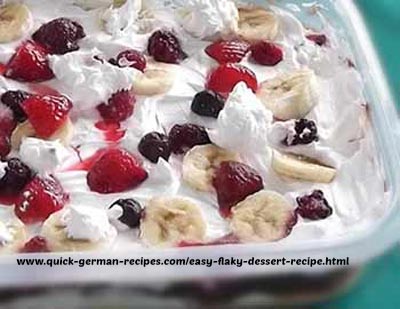 You can use frozen berries, like she does, or perhaps a can of pie filling. Almost anything! Check out my Black Forest inspired dessert below!

The only important thing is that you let this sit for at least 6 hours for the crackers to turn into puff pastry!

After the first bite, I'm usually asked for the recipe. I hesitate to tell people just before they take that first bite, thinking that they'll probably stop.

But, even when I admit it's just crackers, pudding, and Cool Whip, people go back for seconds - it's THAT GOOD! 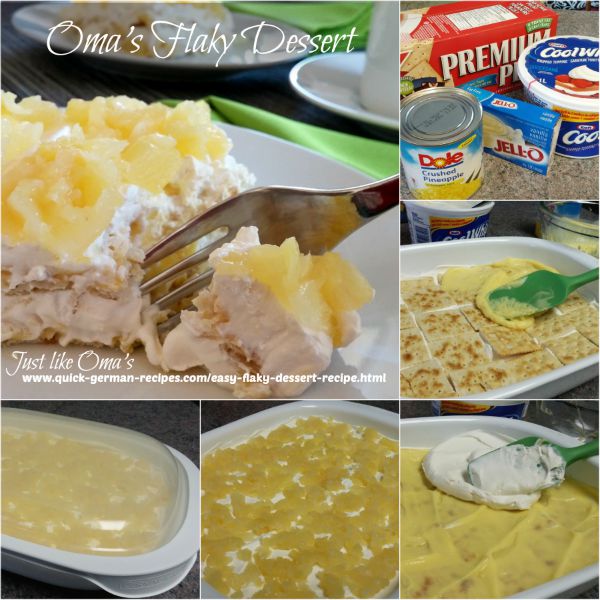 This is also one of those recipes for kids to cook (because there's no cooking involved!), but you need to plan ahead. It takes several hours - preferably overnight - in the fridge for the crackers to change.

On a diet? Try it as a diet version. Use low-fat Cool Whip and low-fat instant pudding. Then, top with a mixture of fresh berries. Delicious!

Is this German Food?

The origin of this recipe is unknown, but probably NOT German. It's been passed around the internet for a long time, slightly varying in amounts and ingredients. However, but adding some German flavors, such as in this Black Forest Dessert, you'd almost think it was. Wunderbar!

As hard as it may be to believe this, but I was asked to make this for a wedding shower! The bride-to-be just loved this so much! 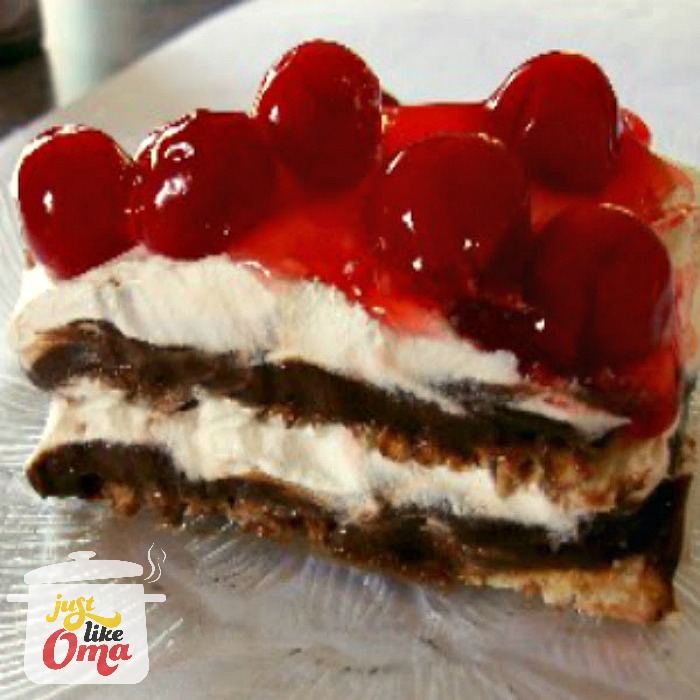 PLEASE, PLEASE do not be upset with me for using Cool Whip. I know, I know, some of you think that this is a bad, bad product and would never use anything except real whipped cream AND tell me that, "my Oma would NEVER use such a product!"

However, this Oma does. Just sometimes. And sometimes is the key. Moderation is the key. I usually have a tub of this in the freezer for those times when I'm busy swamped and can't get to the store.

This recipe is a super one to have "in your back pocket" as a fall-back recipe ... when you don't know what to make, don't have time to make it (but have some time the day before to throw it together) and need something everyone ends up liking.

I've even had someone ask me to make it for their wedding shower after they tried it at a luncheon I brought it too.

So, please don't knock it until you try it. Or, don't try it and move on to some other, absolutely wonderful traditional German desserts!

Ready to make this delicious dessert?

My easy flaky dessert recipe is similar to the German Blätterteig or a French Puff Pastry. But, it's so much simpler to make. AND, it tastes so-o-o good! A few simple substitutions will turn this into a Black Forest Dessert.

The following comments were sent in by some of our readers:

Sharon from Brampton, ON Canada writes:

I took it to two parties and it went over very good. Everyone said how good it was after a meal. It just went down so smooth. :) Did not get any pictures. It went to fast. :)

Helen from Powassan, ON Canada writes:

My variation on this dessert is that I used Lemon Pudding instead of Vanilla Pudding. Instead of crushed pineapple, I sliced bananas over the top.

All are great desserts to take to a buffet! 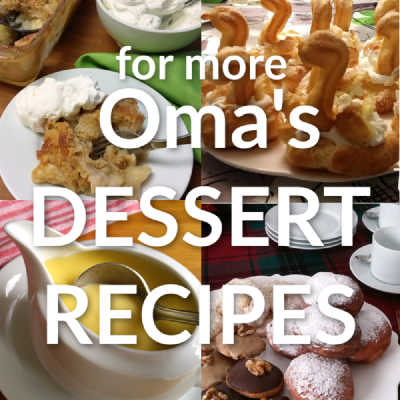 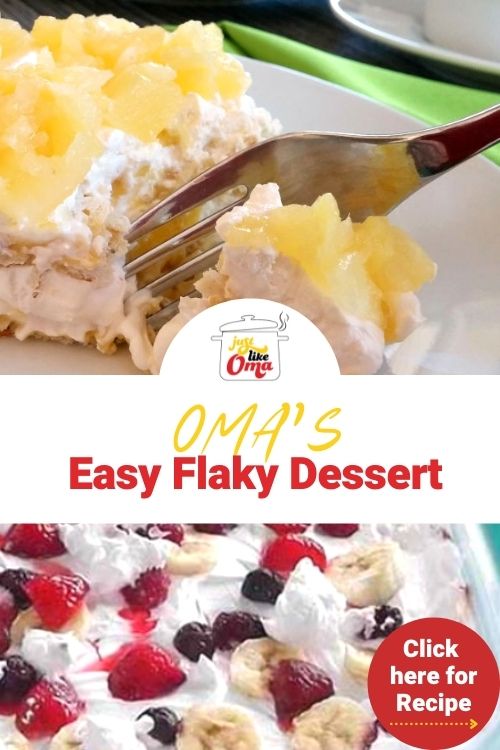 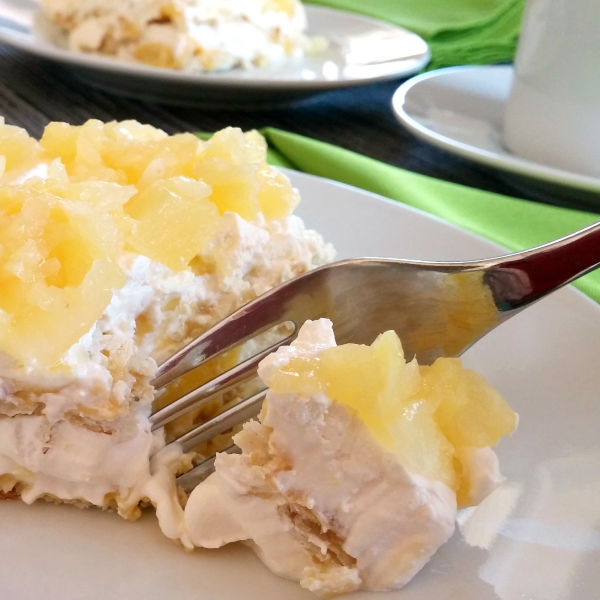 This easy flaky soda cracker dessert recipe is similar to a German Blätterteig or a French Pastry but made with Cool Whip, instant pudding, & crackers. Really!

"The blessing of the Lord makes a person rich, and He adds no sorrow with it."