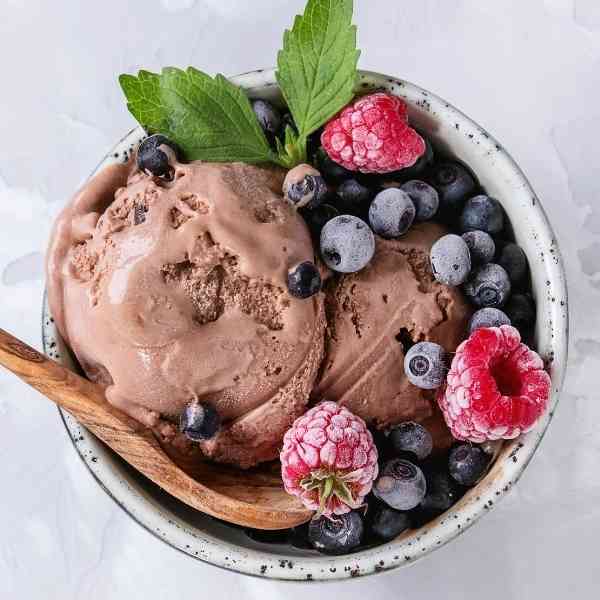 It'll take a bit longer -- it uses three times the basic recipe -- so you'll have a good sized torte for yourself and company. Leftovers are  easily stored in the freezer.

I think you'll agree this is a special dessert.

If you've never made ice cream, or thought you needed a special ice cream maker, this recipe teaches you an easy way how to make ice cream.

All you need is a freezer to freeze this ice cream - no special tools.

I want to give credit for this awesome recipe.

Check out the "Gerhild's" tab to see the uniqueness of the name "Gerhild" and you'll discover this recipe "Selbstgemachtes Eis" as the recipe sent in German by Gerhild Verch from Essen, Germany.

(Below it, you'll find the translated version of this homemade ice cream recipe, complete with the weight/volume conversions for the ingredients.)

If you've never made ice cream, or thought you needed a special ice cream maker, this recipe teaches you a way how to make it, German-style.

This homemade Ice Cream recipe is so-o-o good. You can also make this into a German 3-layer Ice Cream Torte.

"Don’t brag about tomorrow, since you don’t know what the day will bring."