Frankfurter Kranz, aka Frankfurt Crown Cake or German Crown Cake, is a ring-shaped, three-layered cake filled with red jam and delicious German buttercream. (Actually Kranz means "wreath" ... but it's a mistranslation from years ago that stuck!)

The outside of the cake is thickly coated with even more buttercream and sprinkled with Krokant, a nut brittle usually made with almonds and/or hazelnuts. Finally, dollops of buttercream topped with red cherries are placed around the top of the cake.

As the name would suggest, the traditional Frankfurter Kranz recipe originates from Frankfurt, Germany. The German word Kranz means wreath or crown. 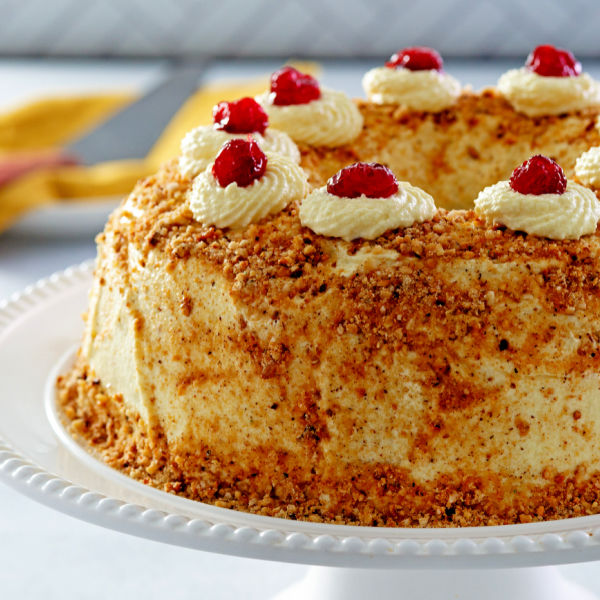 The cake, with its ring shape, golden Krokant topping, and jewel-like cocktail cherries, is symbolic of a golden crown with an apparent reference to way back when they used to crown German emperors in the city of Frankfurt, which was the crown city of the German empire for many years.

Coming from the northern part of Germany, this cake is not something I grew up with. I have been frequently asked for a Frankfurter Kranz recipe by readers and I was finally intrigued enough to research it and experiment.

Boy, am I glad I did!! The recipe below is the result of my experimentation and has brought rave reviews from all who’ve tasted it. 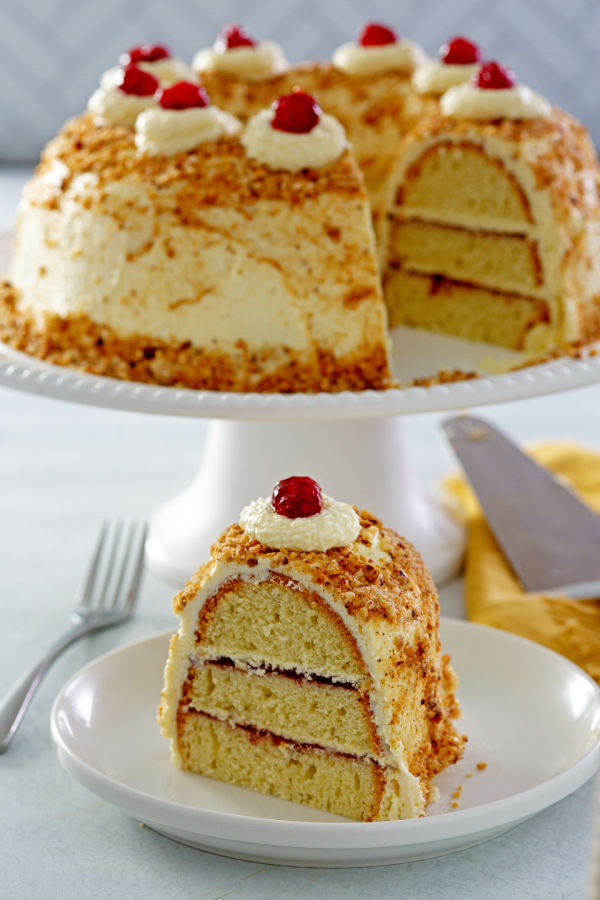 The cake itself has a firmer texture than American cakes. Sort of like a pound cake. The German buttercream is the star.

Smooth, creamy, buttery, rich, yet not too sweet. Absolutely heavenly.

How to make my Frankfurter Kranz recipe

This is not by any means a quick recipe, but it is an easy recipe to make and well worth the time invested. Here's a quick overview, but for more detailed instructions and ingredients list, please see the recipe card below.

Start by mixing together some softened butter with sugar, a pinch of salt, and vanilla extract with an electric mixer. Then add in 8 eggs, one at a time, mixing well after each egg. Mix in some lemon zest and lemon juice for that wonderful lemon flavor.

Sift flour, cornstarch, and baking powder over egg and butter mixture and mix until smooth. 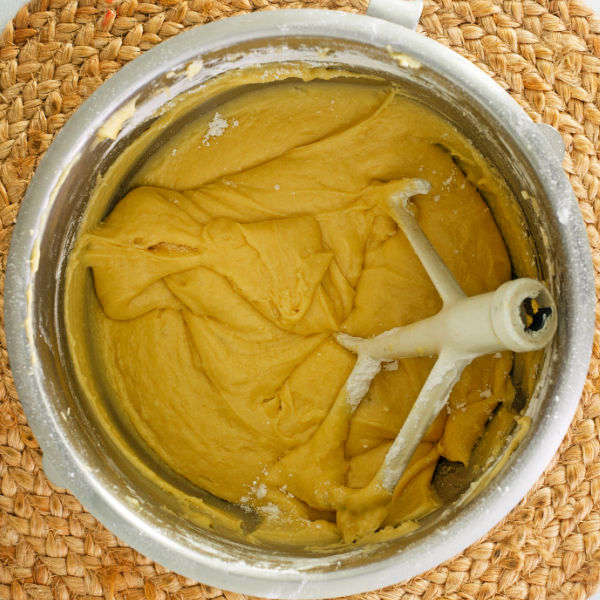 Pour the batter into a buttered 10-inch Bundt pan. 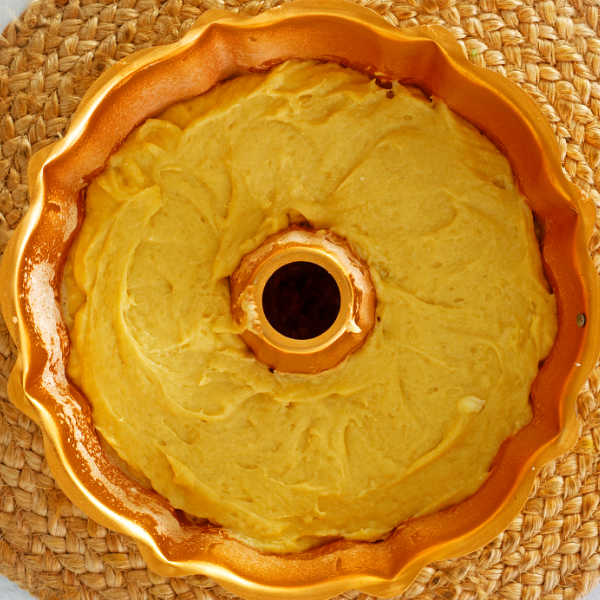 Bake in a preheated oven for about 35 to 45 minutes. 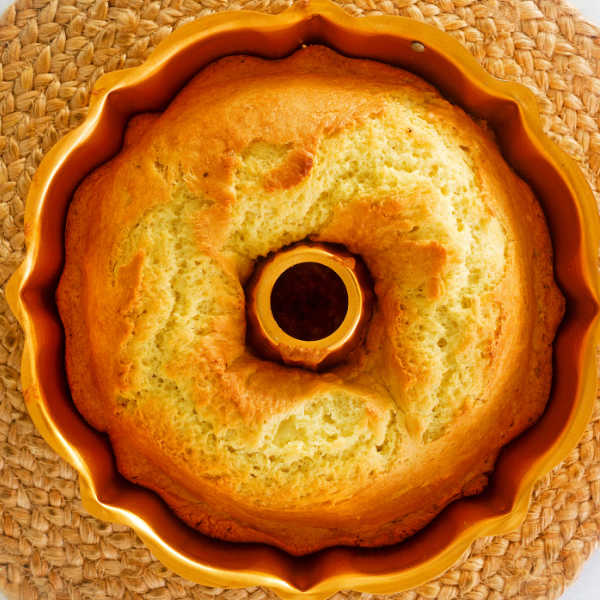 Cool cake completely on a wire rack and then slice cake horizontally into 3 even layers. 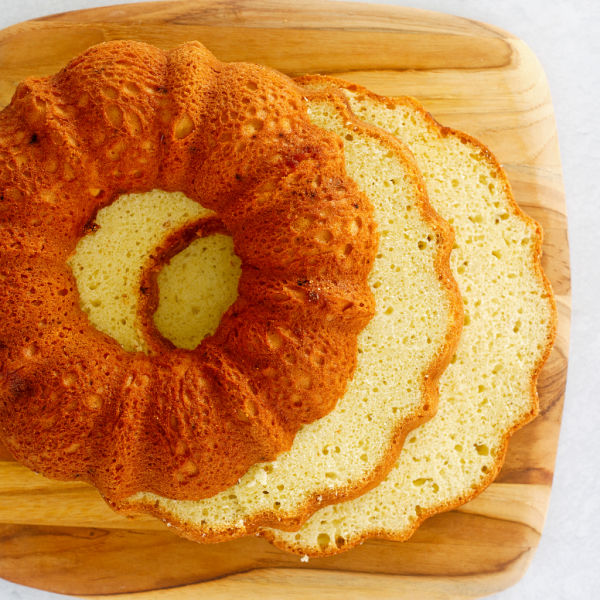 While the cake is cooling, make the buttercream frosting.

In a saucepan, prepare a package of Shirriff Vanilla Cooked Pudding & Pie Filling with milk and sugar. Bring the pudding to room temperature and stir until smooth. 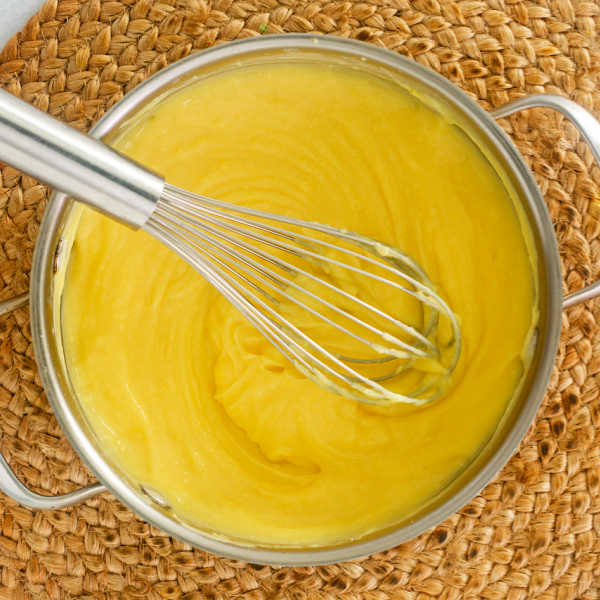 In a large mixing bowl, whip room temperature butter with an electric mixer until very light and fluffy.

Then add 1 tablespoon of pudding at a time to the butter, mixing well after each addition, then increase mixer speed and whip for 2 to 3 more minutes until the buttercream is light and fluffy.

Put some of the buttercream in a pastry bag and set aside for later.

NOTE: Making buttercream can be tricky. Both the pudding and the butter have to be the same temperature. If not, you will run into problems.

Check out my TIPS/HINTS section below on how to fix this. 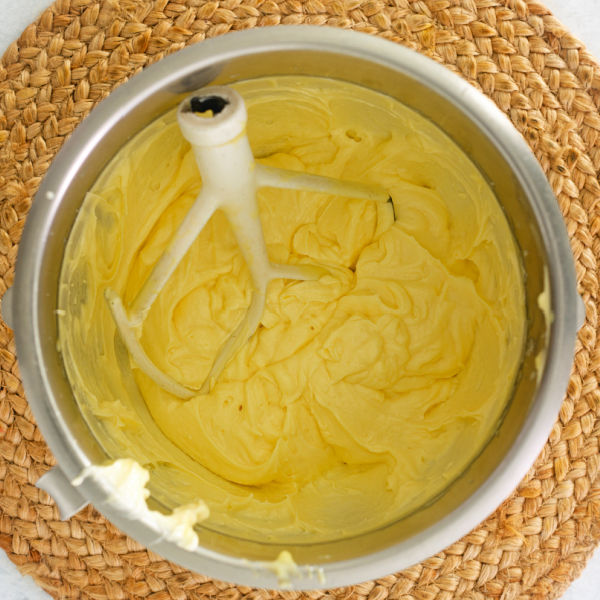 Now for the Krokant. In a skillet, bring some water and sugar to a boil. Stir until sugar is dissolved.

Add chopped almonds and hazelnuts and keep stirring until all the liquid has evaporated and the nuts are golden brown. 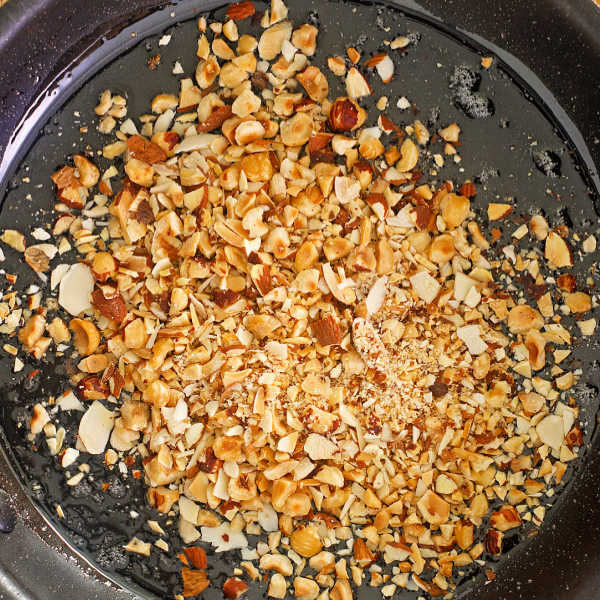 Spread the nut mixture on a parchment paper-covered baking sheet to cool. 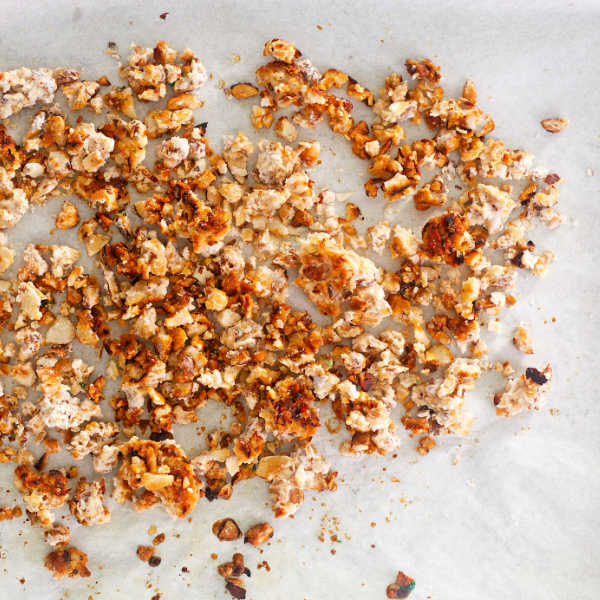 Once cooled, break the Krokant into pieces and place in a food processor and pulse until chopped as finely as you like. 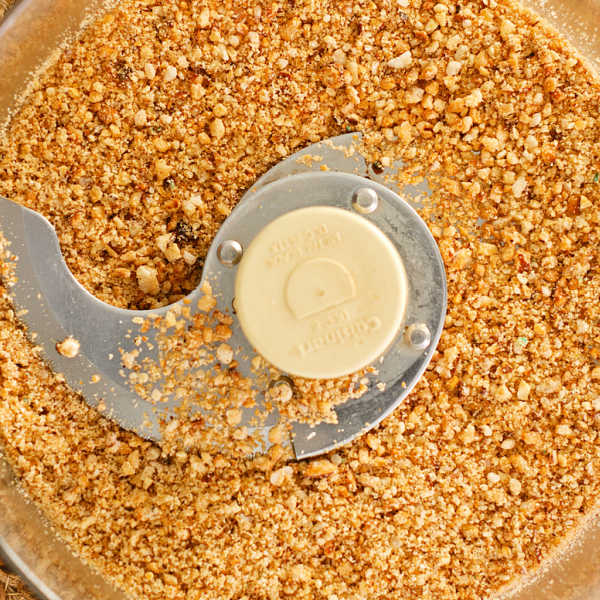 And now to put it all together. Place the bottom layer of the cake on a cake plate. Spread jam on top of the layer. 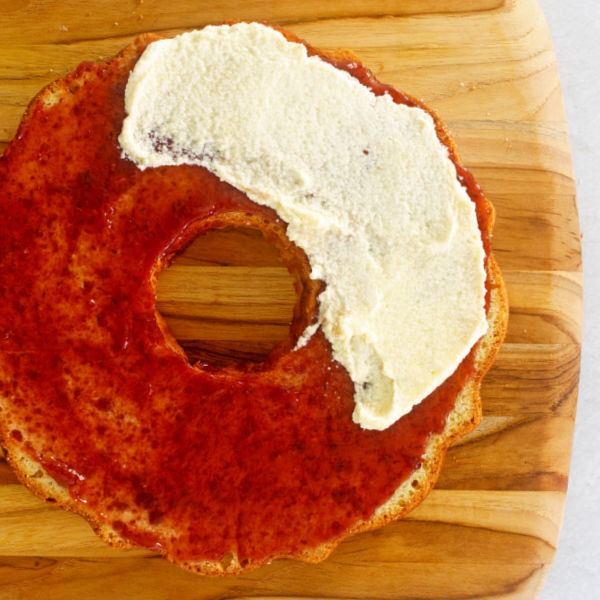 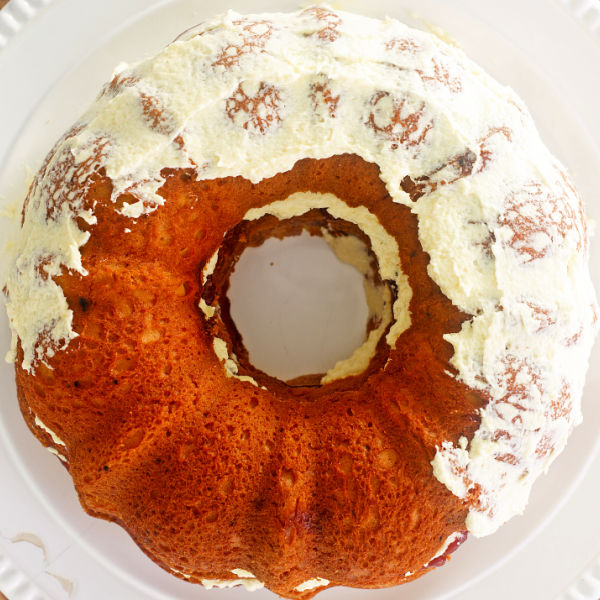 Sprinkle the Krokant over the buttercream. Use the buttercream in the decorating bag to decorate with 9 to 12 dollops and place a candied cherry on each.

And voilà! This Frankfurter Kranz recipe is a German masterpiece worthy of any special occasion! 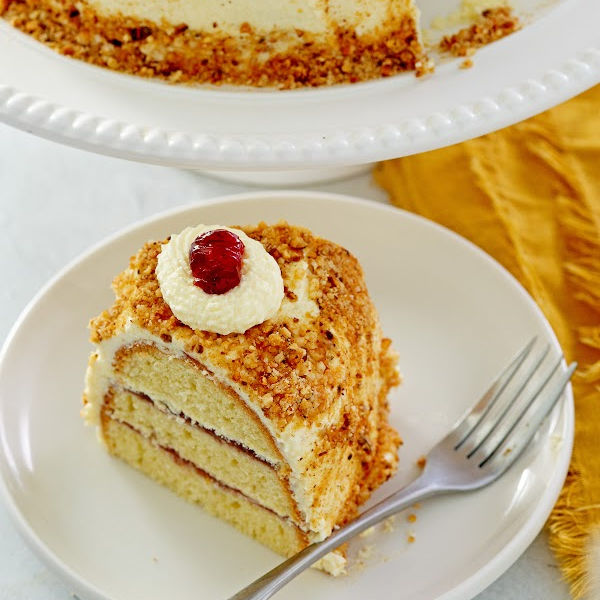 Frankfurter Kranz, aka Frankfurt Crown Cake or German Crown Cake, is a ring-shaped, three-layered cake filled with red jam and delicious German vanilla buttercream. The outside of the cake is thickly coated with even more buttercream and sprinkled with Krokant, a nut brittle usually made with almonds and/or hazelnuts. Finally, dollops of buttercream topped with red candied cherries are placed around the top of the cake. Perfect for any special occasion!

Instructions for the Butter-Cream Filling

How to fix 'broken' Buttercream: 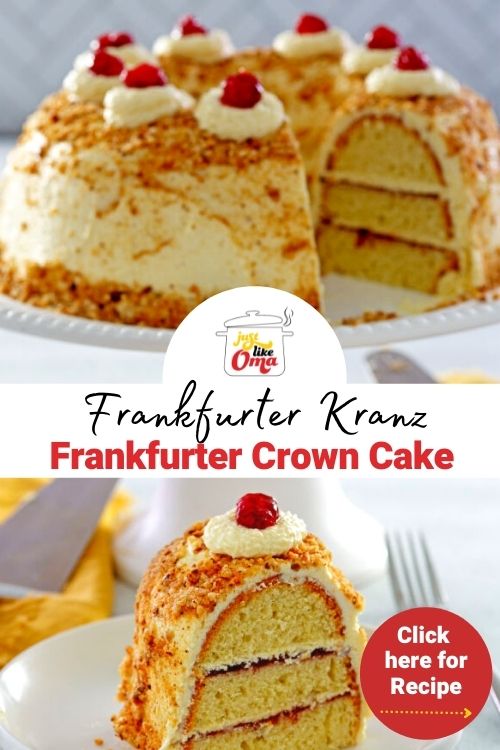 "The heartfelt counsel of a friend is as sweet as perfume and incense."