Corn soup recipes are easy quick meals to make. Why? Well, corn cooks so quickly. Use either canned or frozen for this recipe. Personally, I LOVE using frozen corn. 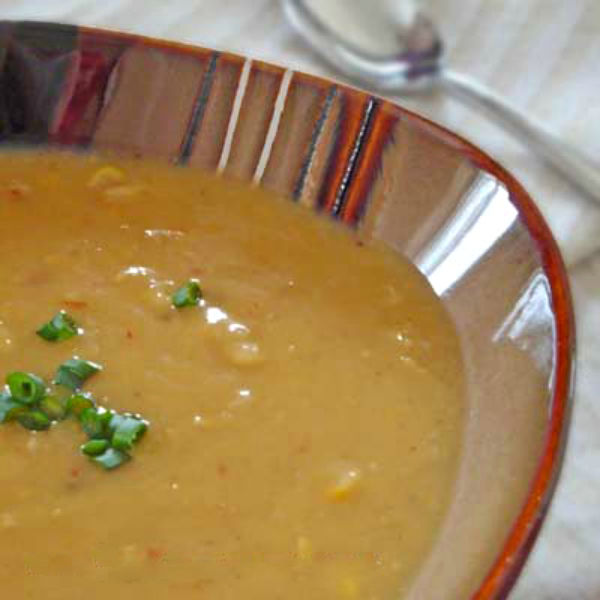 So creamy and so delicious! Such a great comfort food! German? Check below! 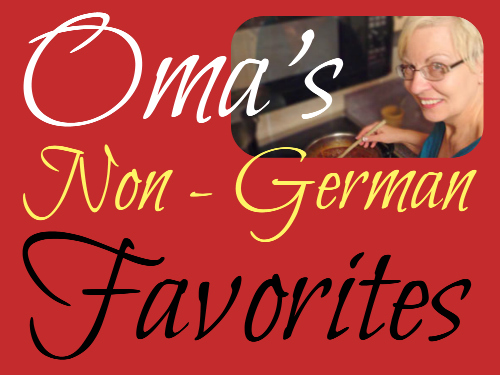 No it's not German! So, this is part of Oma's Quickies ... recipes that I love that are quick, easy, and delicious.

Corn Chowder Soup recipes abound online. Just googling for them can take you all over the map.

Try mine and I think you'll agree, it's so easy to make this one. Easy comfort food for a day when you've got little time to make something else.

BTW, using corn for human consumption is rather a "new" thing in Germany. It was normally only considered animal feed. But now, it's even on the best menus in the best restaurants. Hey, when something tastes good, why not?

I love the sound of the word 'chowder' -- it even sounds comforting! But what is it in reality?

Wikipedia gives a good definition. It says that it's a seafood or vegetable stew that's often made with milk or cream and eaten with saltine crackers!

Love that. It almost sounds as if I eat saltine crackers with any soup that it will turn that soup into a chowder.

Not too sure about that. Personally, I like to think that cream needs to be added to make a soup into a chowder. Being of German descent, I love using cream, and adding it to this soup, just makes it ... so creamy!

The origins of the word appear to be French "chaudrée" being a thick fish soup (the word coming from chaudière meaning a pot).

Move forward to New England, and a variation of the word ... and you have the Newfoundlanders and Bretoners throwing the day's catch into a large pot along with other available foods.

Chowder is the result!

Most chowders have cream of some sort in them. If you've trying to cut back on the calories or fat, you can always try a lower fat-content. For example, if a recipe calls for 18% cream, use 10% or 5%.

If, on the other hand, you LOVE the creaminess, you can 'up' the fat content as well. Adding some cream cheese is also a nice way to increase the creaminess.

For some, there is nothing that replaces the creaminess except using real cream. In that case, just serve smaller portions and REALLY enjoy!

If you've been wanting to learn how to make chowder, try the recipe below. I think you'll find it easy :)

Ready to make this corn chowder?

Not German, but with all that creaminess, it sure could be :) 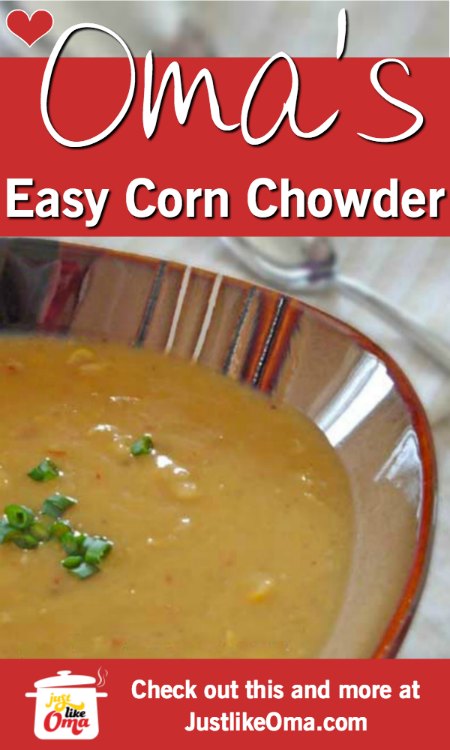 "Fools think their own way is right, but the wise listen to others."