Turnip soup? Steckrübensuppe? Yes, really! An unusual soup that tastes unusually good! Try this when you need something that's nourishing and quick. 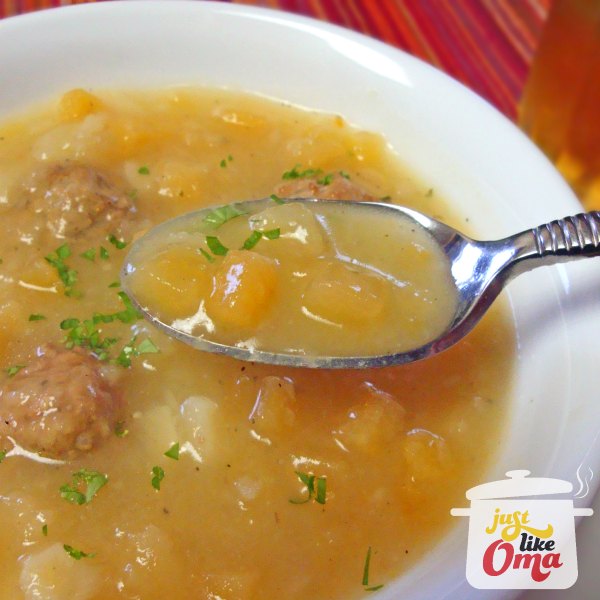 I learned this soup from my Mutti. It's loosely based on a German recipe, only instead of using fresh turnips, it uses frozen ones. If you really want to be cooking turnips from fresh, then you'll need a bit more time to peel and cube them.

Keep scrolling to see my daughter-in-law's version of this delicious soup!

Here we have my daughter-in-law, Vicki's turnip soup.

She let her soup simmer low and slow for a few hours to get all of those yummy flavors to come out. Her soup also turned out a little thicker than my recipe. This may be because she used fresh turnip instead of frozen, so the lack of extra moisture from being frozen kept the consistency thick.

She also kept her turnip chunks larger so that you can really savor the yummy veggies taste! Doesn't that look Wunderbar?

If you don't like your soup to be overly thick, simply add some boiling water to it, and you're good to go! 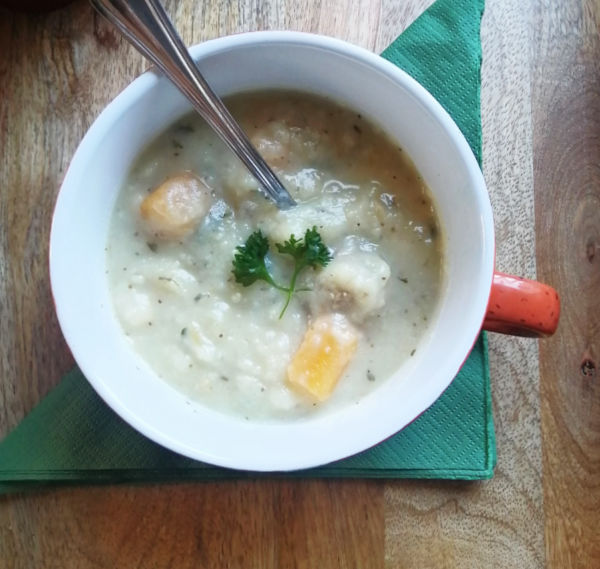 When I start to get ready to make this soup, I put a kettle of water on to boil.

That way, once I have all the ingredients in the pot, I can add boiling hot water and the soup will come to boil quicker.

Need some turnip recipes? Try this easy way how to cook turnips: SOUP!

Ready for this turnip soup?

Turnip soup? Steckrübensuppe? Yes, really! An unusual soup that tastes unusually good! Try this when you need something that's nourishing and quick. 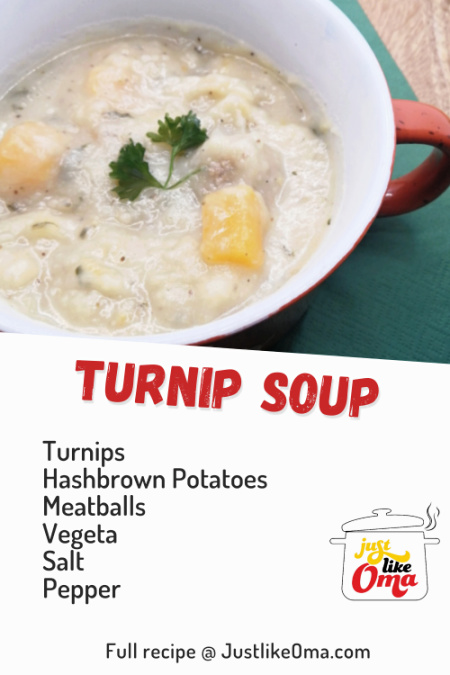 Quick and Easy Turnip Soup made Just like Oma 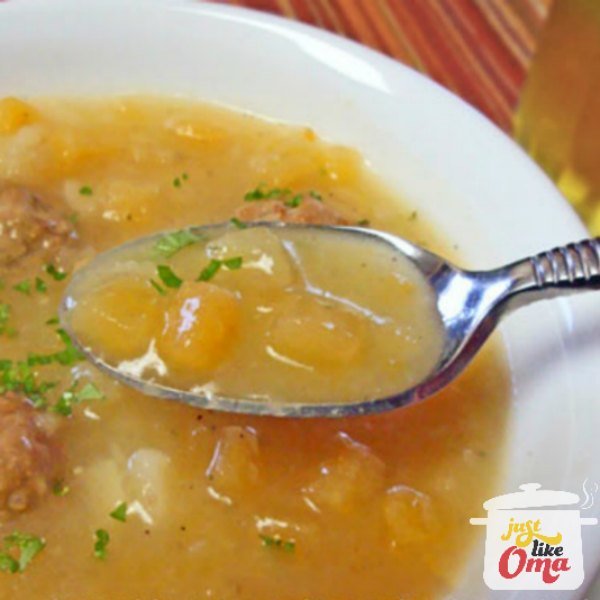 Turnip soup? Yes, really! An unusual soup that tastes unusually good! Try this when you need something that's nourishing and quick.