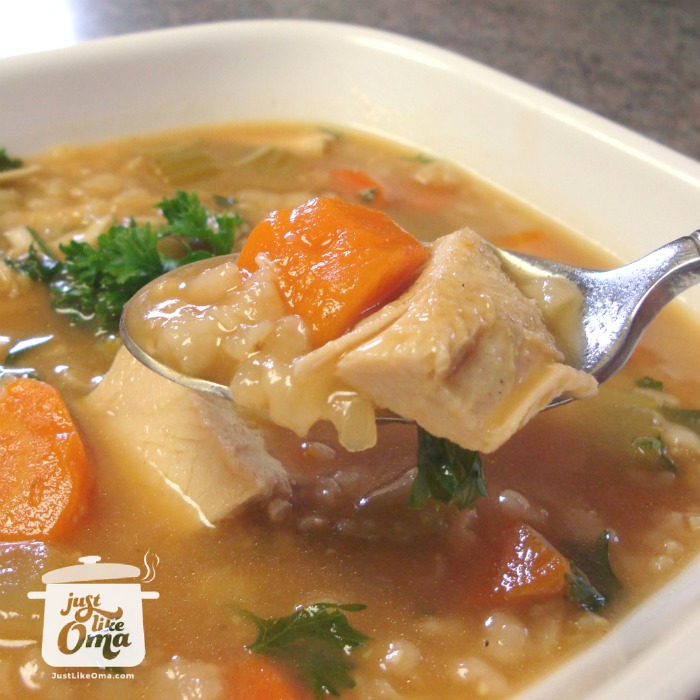 Add whatever vegetables you have in the fridge. Have some extra turkey gravy? Add it as well. Turkey Rice Soup ... any which way you like!

How to deal with that turkey carcass:
(Don't toss that carcass. Make dinner instead!)

Need a quick way to clean up after that turkey dinner? Especially after a party, I don't like dealing with the leftover turkey carcass. That's where the slow cooker comes in. I can set it and forget it. Here's what to do:

I once left the turkey carcass in the slow cooker for 48 hours. The bones fell apart! The broth was the richest tasting broth ever and made the BEST turkey rice soup recipe! Wunderbar!

Leftover turkey soup? Add a can of diced tomatoes when reheating and re-season. A completely "new" soup that doesn't taste like leftovers.

I'm frequently asked how to use barley in cooking. Below, I find this a simple way to include barley in soups. It cooks quicker than rice, but provides the starch component that makes this soup so filling. 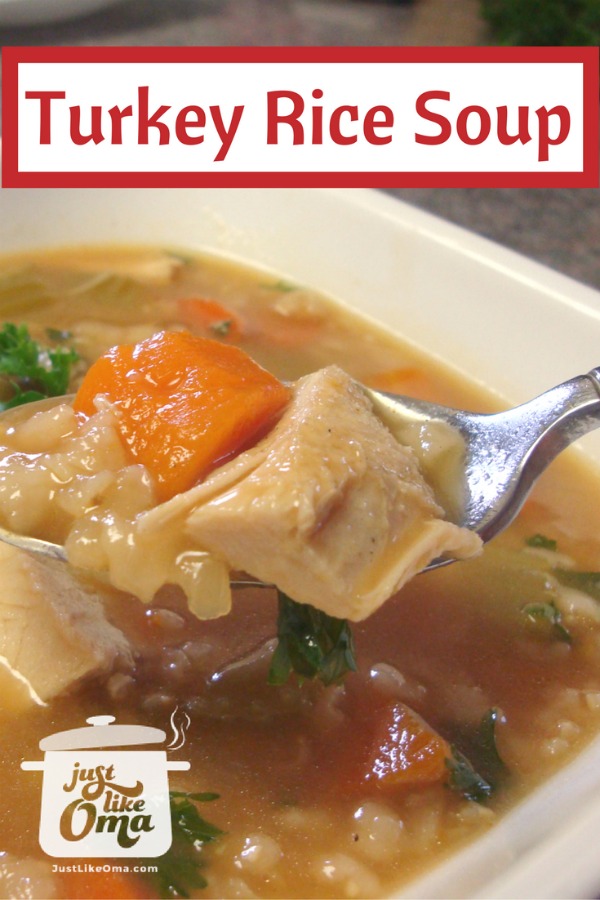 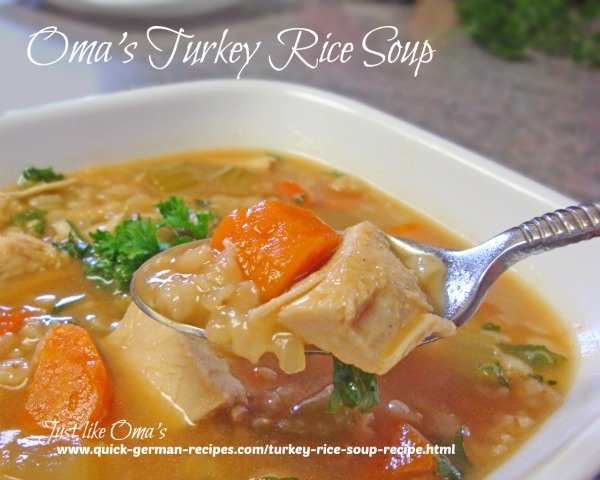 Making this turkey rice soup recipe is so easy and economical when you have a turkey carcass left over from your holiday dinner. Don't toss that carcass, make soup instead!

"Stay away from fools, for you won't find knowledge on their lips."