This southern German potato salad, Kartoffelsalat, is a variation of the easy German recipes sent in by one of our readers, Roswitha (Rose) Seemann.

Her family comes from the southern part of Germany, near the French/Swiss border, and that's reflected in this recipe. In southern Germany, warm potato salad recipes are traditional. These are totally different than the ones served in the northern parts of the country.

It's these northern German salads that I'm more familiar with. They are the ones I grew up with.

I was most surprised to learn that the vinegary ones were German as well! I love to add celery seeds to Roswitha's salad. Not because it needs anything extra, but I like that it gives "a bit of a herbal bite" to it.

Remember, make the recipe, especially any salad recipe, your own. Add what you think will work. If you like something, it will probably be fantastic in this. I can see radish slices, chopped parsley, even chopped pickles added to this southern potato salad.

Roswitha shared that her potato salad is something a lot of German people like. The original recipe called for 1 cup plus 2 tablespoons of vinegar. She cut it down to ⅔ cup because she found it too strong. But those who like the strong vinegar taste can always add more.

This warm German potato salad is among the easy German recipes sent in by one of our readers, Roswitha (Rose) Seemann.  Her family comes from the southern part of Germany, near the French/Swiss border, and that's reflected in this recipe. 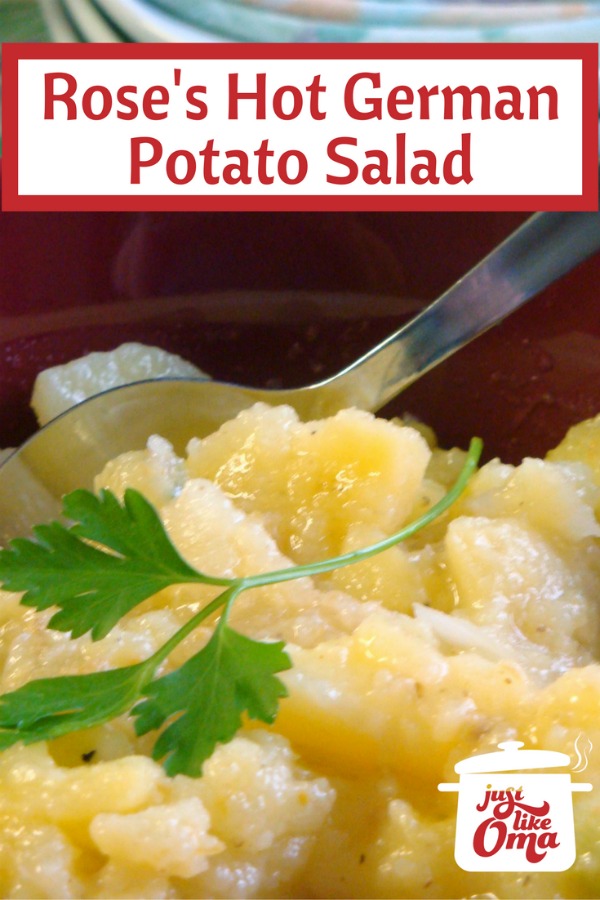 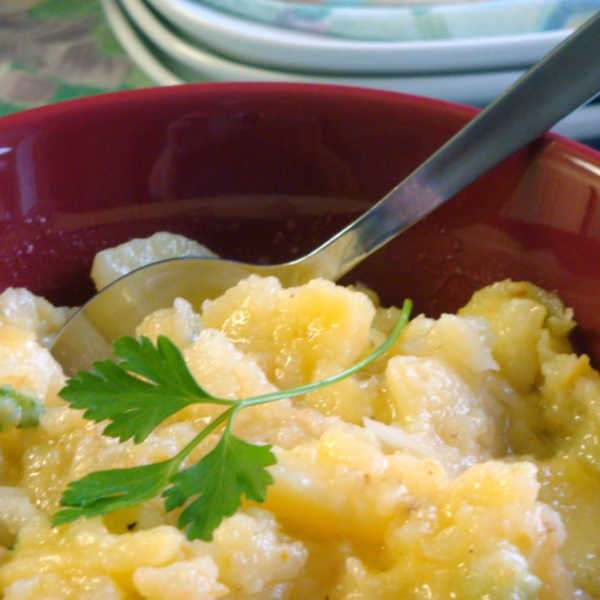 Often thought of as the traditional German potato salad, Kartoffelsalat, this one is popular mainly in southern Germany. It’s without mayo unlike those from northern Germany with mayo.