This potato pancakes recipe is my variation of the potato kugel similar to that traditional Dibbelabbes dish from Saarland.

It's baked in the oven, like a potato gratin or casserole, and gets a wonderful crispy dark crust on top and bottom and the insides are lovely tender, almost creamy!

If, however, you're looking for the fried potato pancakes, check out this easy recipe I make using a blender. I prefer to fry these outside using the side burner of the BBQ to keep the smell outside.

I mentioned Dibbelabbes above. That's from Saarland and is made in a similar fashion, only it has leeks and smoked meat added. It is then baked in a cast iron "Dibbe" or gratin dish. 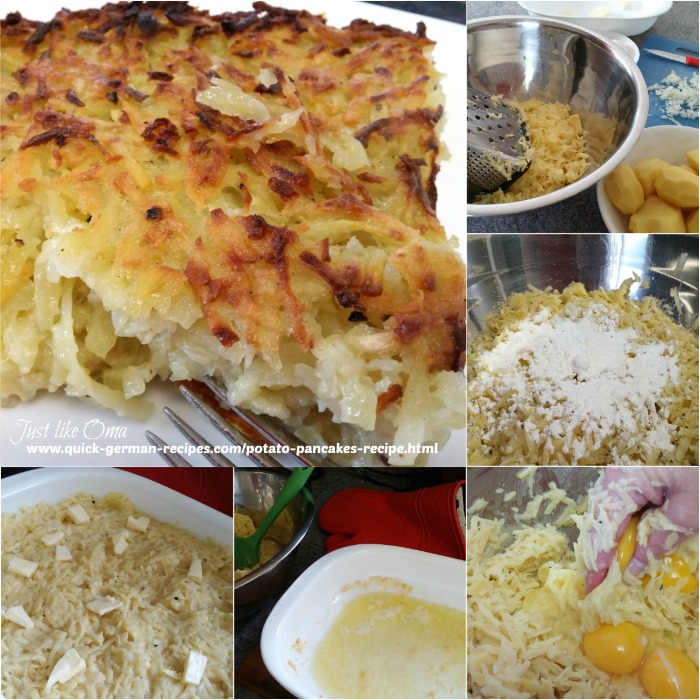 The time it took for my oven to heat up and then melt the butter in the dish was all the time I needed to grate the potatoes and mix everything together. Perfect as a side dish or supper by itself!

In Germany, pancakes are readily available at outdoor markets and festivals. One of the reasons is that it's easier and doesn't smell up the kitchen with the "frying smells".

Never-the-less, fresh, made-at-home potato pancakes are a treat! So, I usually make them outside on the BBQ's side burner. Now, though, this Baked Potato Pancakes recipe (or casserole) will be used instead, especially when it's too cold out!

I developed this dish one day when I had ½ bag of potatoes that needed to be used up. I really didn't want to smell up the house with frying potato pancakes, although I really wanted to have some.

So, after much searching in my cookbooks and googling, I took several recipes and combined them into this one.

It brought RAVE REVIEWS from hubby. I must admit, we ate almost the whole thing for supper. I served a couple of fried eggs with it to turn it into a dinner, but, in reality, I could have sat and eaten the whole thing!!!!

I LOVE potatoes. And, this dish will definitely be made often.

Ready to make this Dibbelabbes dish?

This potato pancakes recipe is my variation of the potato kugel similar to that traditional Dibbelabbes dish from Saarland.

It's baked in the oven, like a potato gratin or casserole, and gets a wonderful crispy dark crust on top and bottom and the insides are lovely tender, almost creamy! 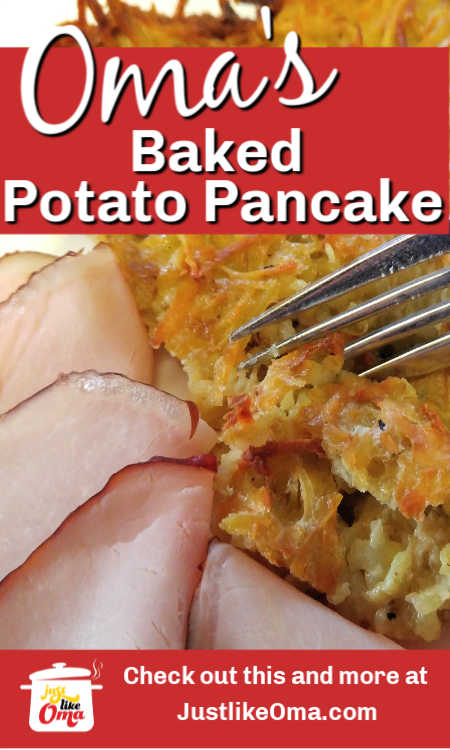 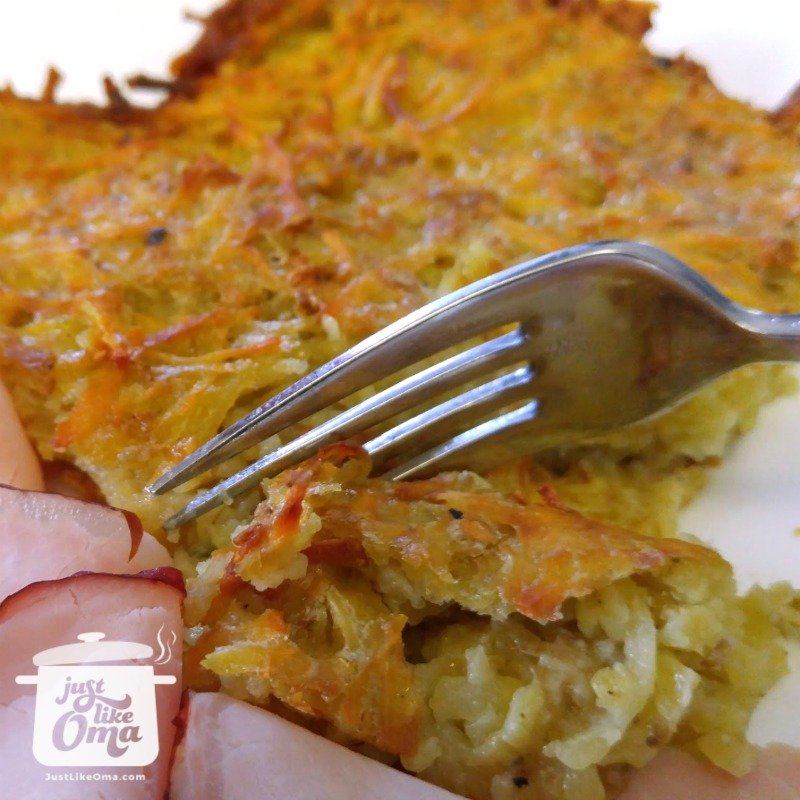 This potato pancakes recipe is my variation of the potato kugel, that traditional Dibbelabbes dish from Saarland.

"Those who follow the right path fear the Lord; those who take the wrong path despise him."