This leek soup recipe, aka Lauchsuppe, with cream cheese is made in under 30 minutes. Creamy rich with mushrooms added for that extra touch, this is a fantastic starter course for a dinner party. 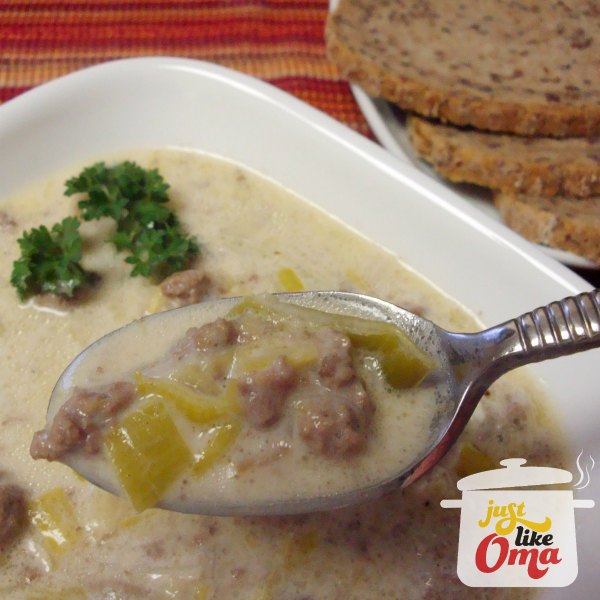 Check out the A bit of this & a bit of that section below for a different and simple way to clean leeks.

This is a very important step whenever you're cooking leeks, because the last thing you want is sand in your soup!

Leeks belong to the same family as onions and garlic, but taste quite mild when cooked.

I like to use plain cream cheese for this. If you have an herb one, that would be nice as well.

Cubing the cream cheese just allows the cheese to melt faster. You don't need to be careful to cut the cubes neatly :-)

Ready to make this Leek Soup?

This leek soup recipe, Lauchsuppe, with cream cheese is made in under 30 minutes. Creamy rich with mushrooms added for that extra touch, this is a fantastic starter course for a dinner party. Elegant. Easy. Quick. 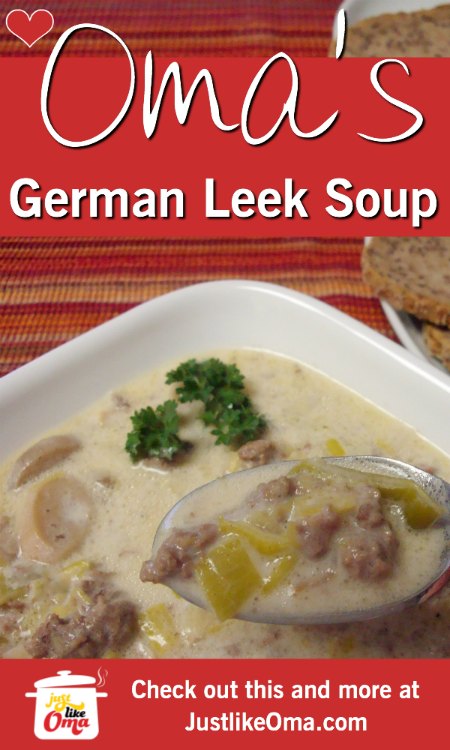 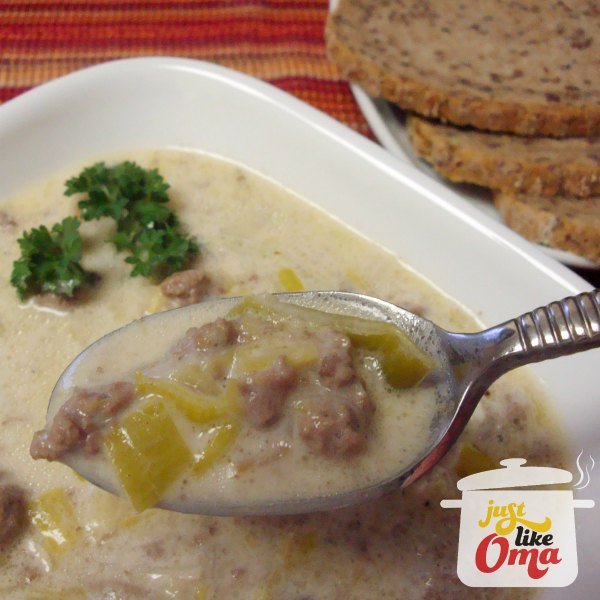 This leek soup recipe has added cream cheese for that added extra touch for an extra elegant soup. A fantastic starter course for a dinner party.

"Good news from far away is like cold water to the thirsty."