How to Sharpen Scissors & Fix Them ❤️

FTC Disclosure: As an Amazon Associate, I earn from qualifying purchases. 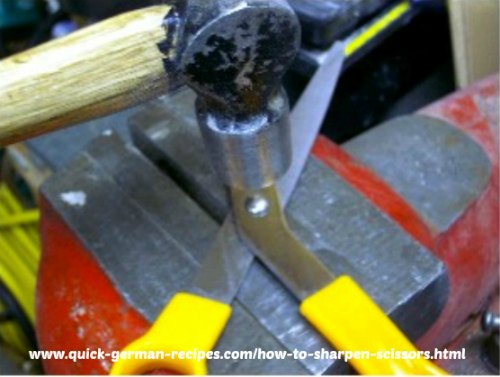 There's almost nothing worse that grabbing a pair of scissors to cut that fat off the raw chicken legs and find that the scissors don't cut! That's when I call my hubby, Andy, to come to my rescue.

Not only does he come to the rescue because he really LOVES the oven-grilled chicken, but he knows how unsafe dull tools can be. However, it's not always dull blades that are the problem.

Sometimes it's other things. If you know for sure that it's dull blades, then check out Andy's article on "Kitchen Scissors". He'll lead you step-by-step through his quick and easy instructions for sharpening scissors.

Scissors don't cut even after sharpening?

The likely culprit is that the blade edges don't glide over each other because the pivot-screw or rivet is loose. 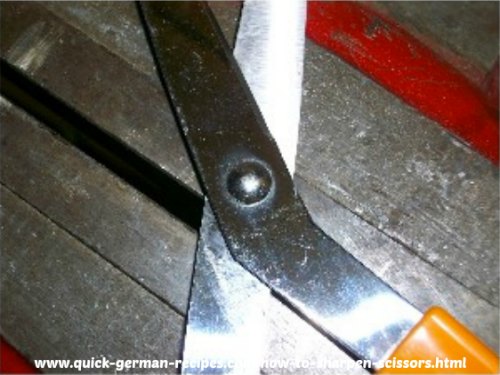 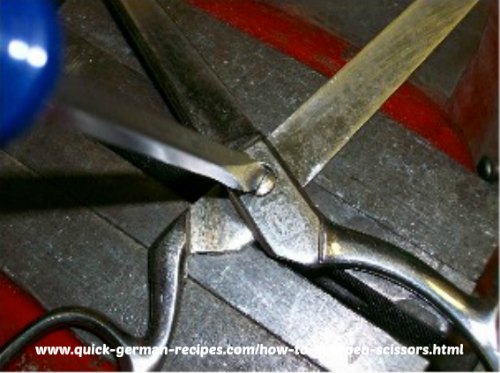 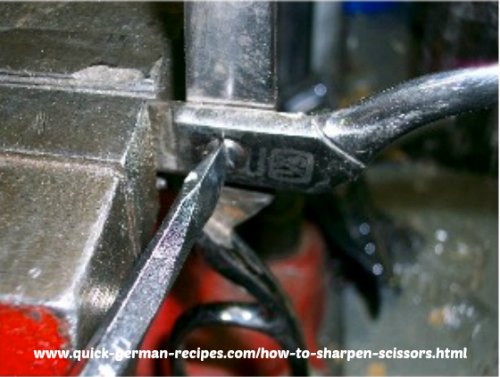 Check the blades for straightness; it could be that after trying to open the lid on a pickle jar, that one or both blades are bent. 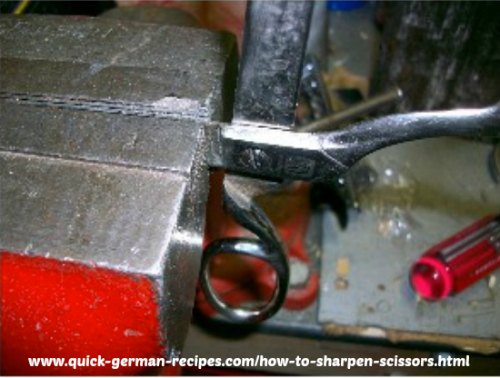 Have Oma by your side ... helping you

Want nutritional information for a recipe?

Copy and paste the ingredient list and the number of servings into Calorie Count.

It will give you an approximate calculation.

between cups and grams or any such thing?

"The Lord detests double standards; he is not pleased by dishonest scales."

Top of How to Sharpen Scissors

Gerhild’s Just Like Oma website has always been a go-to when I’m searching for German recipes that taste like home, so I’m absolutely delighted that her fabulous recipes have been captured in book form.

These delicious soups are truly made in no time at all, quick, as the title says, with ingredients that you most likely have on hand...

Included in the book are many ideas of substituting the original ingredients and turning-up the taste a notch or totally changing the taste of the soup...

...Gerhild makes it so easy! She takes away the fear of messing up or trying something new.

Quick Fix Soups is a great addition to my recipe collection, one I don’t want to miss.

FTC Disclosure: As an Amazon Associate, I earn from qualifying purchases.

Affiliate Disclosure: Quick German Recipes participates in various affiliate advertising, including Amazon (amazon.com), to provide a means to earn advertising fees by linking to retail websites. I will not promote products I do noT own or would not buy MYSELF. MY goal is to provide you with product information and MY own personal opinions or ideas.  At times, I will showcase Services, programs, and products. I aim to highlight ones that you might find interesting, and if you buy future items from those companies, I may get a small share of the revenue from the sale. We are independently owned and the opions expressed here are our own. YOU SHOULD ALWAYS PERFORM DUE DILIGENCE BEFORE BUYING GOODS OR SERVICES ONLINE.