This is the best Banana Bread recipe, aka Bananenbrot, at least according to my son, Rich.

If you've been following his adventures across the pond, you'll know that he's been having fun experimenting with traditional German foods that he grew up with.

His first German meal was a birthday dinner for his "then" girlfriend's mum who has now become his mother-in-law. That's right. The dinner worked!

Rich, or Eran as he's known in Wales and England, has married his girlfriend, Catherine. In fact, our whole family went across the "pond" to celebrate this wonderful event at Manorbier Castle in Wales. We even lived at the castle for several days. Amazing!

He sent me an email today that I just have to pass on. It includes his variations of two recipes he got off the web. (When you click on the links, you'll be taken to a new page so you can look at it as well as his changes here.)

He posted a video of what he loves to do. I'll post that at the bottom as well.

Enjoy the email, the music, and then the best banana bread recipe as well as the ultimate chocolate (brownie) cake.

Hello, hello...Woke up this morning feeling quite pleased with myself discovering that the 'Ultimate Banana Bread' I made last night lived up to its name. Had to pass on the recipe.

Have to say, the straining and making a syrup made a massive difference compared to the first time I made it. I also added some ground mixed spice to the flour, soda, salt mixture. About enough to lightly dust the top of the flour in the mixing bowl (say three - five tablespoons). And used golden castor sugar to sprinkle on top of the banana slices.

As well, Cat's birthday cake. Which soon became everyone's favourite cake, if only for the sheer quantity of chocolate. Shockingly, I don't have a photo of it...perhaps someone else does.

It wasn't far too different than the website photo. Except that I only had a springform baking tin. Not sure if it's because there isn't a tight seal on the bottom, that it didn't rise as much as it should have. As a result, could only cut it in half and not into thirds. Which, personally and we all agree, because it came out a little more dense it tasted more of an ultimate brownie than a cake.

We're heading across the pond this summer to visit Rich (Eran) and Catherine (Cath). I think I'll ask for that Ultimate Chocolate Cake and the Ultimate Banana Bread! 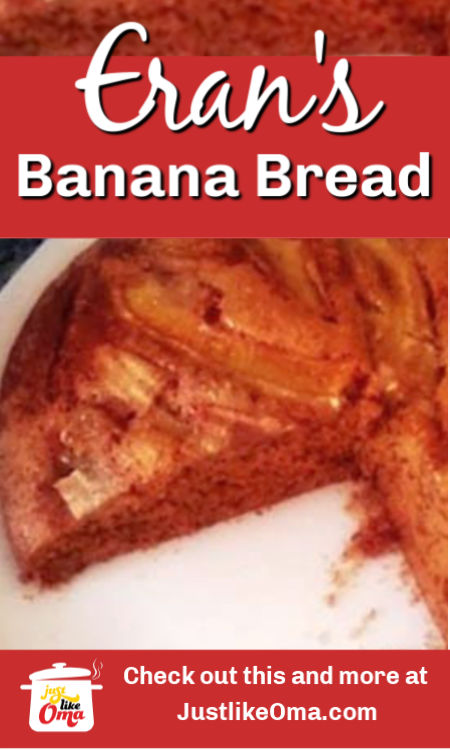 "An open rebuke is better than hidden love."